"... Let them level allegations, let them bring 200 MPs and 11 Chief Ministers. Not only us, but two crore common people are also campaigning. They will show them on 11th February if they cast votes on the basis of allegations or the work done," Kejriwal's daughter said. 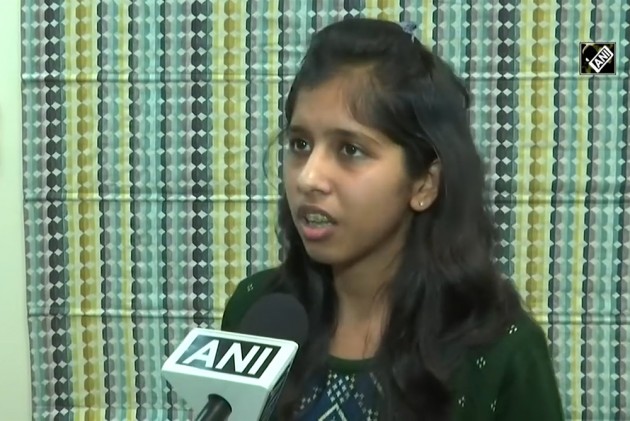 Delhi Chief Minister Arvind Kejriwal’s wife and daughter hit out at the BJP leaders who called him a “terrorist” during campaign for Delhi assembly elections, calling it a “new low in politics.”

Days later, Union Minister Prakash Javadekar said there was "plenty of evidence" to back Verma's claim.

"Kejriwal is now asking with a sad face, 'am I a terrorist?' You are a terrorist and there is a lot of evidence to prove that. You had said you are an anarchist. There is not much difference between an anarchist and a terrorist," the Union Minister said at a press conference.

"My father has always been in social services. I still remember he used to wake us - my brother, mother, grandparents and I, up at 6 AM, make us read Bhagwad Gita and sing, 'Insaan se insaan ka ho bhaichara' song and teach us about it. Is this terrorism? Let them level allegations, let them bring 200 MPs and 11 Chief Ministers. Not only us, but two crore common people are also campaigning. They will show them on 11th February if they cast votes on the basis of allegations or the work done," she told ANI.

Kejriwal’s wife Sunita said people have assured that their vote will go to the Aam Aadmi Party.

“It is very sad that some people from the opposition party are leveling Arvind with tags of a terrorist. He is someone who has devoted his life to social service. People in politics should be mature and not make such statements," she told ANI.

"This is a democracy. Whoever the people elect, they have to govern. In the past five years, Arvind has traveled a lot to the 70 constituencies of Delhi. People are our family," she added.

"AAP has worked for the basic education and health services in Delhi in its first term. Further, we want to take Delhi to level 2 if given an opportunity again," she added.

Also Read | 'If Arvind Kejriwal Is A terrorist, Arrest Him': AAP's Challenge To BJP