The Delhi assembly election is a prestigious battle for the BJP that has failed to win Delhi for the last 21 years. 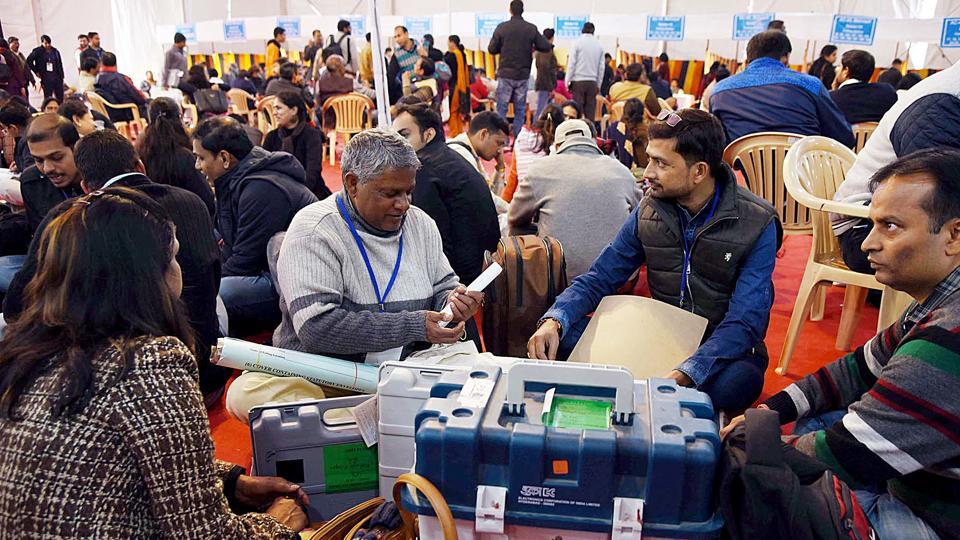 It is over to the 1.47 crore voters of Delhi now. They will vote on Saturday after one of the most acrimonious and shrill political campaigns that the national capital witnessed in the run-up to the assembly polls.

One of the longest-running protests that the capital has witnessed at Shaheen Bagh found itself at the center of the BJP’s campaign even as the party accused the protesters of treason. On the other hand, incumbent chief minister and AAP leader Arvind Kejriwal, found himself reciting the Hanuman Chalisa towards the fag end of the campaign, in a bid to counter the allegations of the opposition who had been labeling him as 'anti-Hindu'.

The Congress, which ruled Delhi for three terms till 2013 with late Sheila Dikshit as chief minister, is not in the running and may just remain an also-ran – once again.

The Delhi assembly election is a prestigious battle for the BJP that has failed to win Delhi for the last 21 years. In the last Assembly elections, the party had won only three of the 70 seats with the remaining going to AAP.

In a do-or-die situation, the party deployed all its big guns with the home minister Amit Shah, the master strategist, leading from the front. AAP and Congress leaders accused him of running an “unapologetically polarising campaign” with all party leaders taking the cue from him.

All senior leaders, including Prime Minister Narendra Modi, made Shaheen Bagh the focus of their campaign in an attempt to consolidate the majority votes. Making it into an issue of national security, some of the BJP leaders equated Shaheen Bagh with Pakistan; and labeled the protestors as ‘gaddar’ (traitors) and terrorists. Uttar Pradesh chief minister Yogi Adityanath said AAP was feeding them Biryani. Even PM Modi, at an election rally, said that protests in Jamia Millia Islamia, Seelampur and Shaheen Bagh were not a ‘sahyog’ (a coincidence) but a ‘prayog’ (an experiment) to divide the country.

Kejriwal refused to take the bait and wade into the BJP’s narrative. He continued to focus on his government’s performance and AAP’s development agenda. By not taking on BJP on issues like Citizenship Amendment Act (CAA) or Article 370, he continued to be in the safe zone of nationalism and by his Hanuman bhakti, he ensured not to antagonise the Hindus.

With the popular sentiment seeming to favour AAP, the BJP backed the poll rhetoric with boots on the ground, and Amit Shah took the lead here too. While senior leaders are usually known only to address a few big rallies, Shah had no qualms about addressing small booth-level sabhas, and meeting voters personally in an extensive door-to-door campaign. He also ensured that 250 party MPs were on the ground, meeting voters, especially in the jhuggi-jhopri clusters and hundreds of unauthorised colonies of the city.

All the effort by the BJP is believed to have galvanised the party cadres and also the voters to some extent. Shah is confident that Delhi will throw up surprising results and that BJP will win with more than 45 seats. He has apparently told his party leaders and workers that they have already won the ideological war. “Protestors like the ones in Shaheen Bagh used to wave green flags earlier. They are now waving the Tiranga (national flag). Even they have realised that they can oppose us only on our terms. It is already a victory for us,” he is believed to have told the cadres.

AAP is banking on its performance and providing the basic bijli-paani, schools, and hospitals for the people of Delhi. The party is convinced it is poised to win on the basis of its work. “Performance will trump polarisation,” says an AAP leader.