The BJP has also planned to hold around 5,000 small meetings with attendance of 200-300 people during the election campaign. 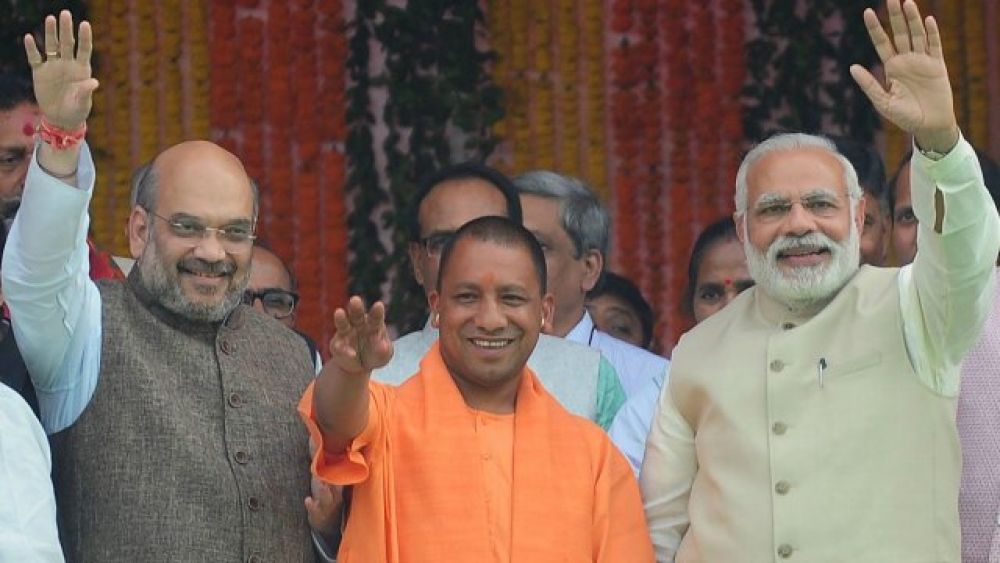 As Delhi Assembly election draws closer, the two rivals of the ruling Aam Aadmi Party -- Congress and BJP -- have announced their list of star campaigners.

The BJP released a long list of 40 star campaigners on Wednesday which includes big guns like PM Narendra Modi, Amit Shah, J.P.Nadda, Yogi Adityanath and even some actor-turned-politicians like Sunny Deol and Hema Malini.

In 2015 assemgly polls, the saffron party managed to win only three seats. However, this time, with several union ministers, chief ministers in the list of star campaigners, the BJP intends to wrest  the power from the AAP.

While the 40 star campaigners will garner support for the BJP for the next 20 days, the party is yet to announce its CM candidate.

In fact, the party has pitted a first-timer, Sunil Yadav, against Delhi Chief Minister Arvind Kejriwal, who had wrested the seat from Sheila Diskhit in 2013.

The BJP has also planned to hold around 5,000 small meetings with attendance of 200-300 people during the election campaign.

The BJP lost power in Delhi Assembly in 1998. After facing three consecutive defeats at the hand of the Congress, it was routed by the AAP in 2015 polls.

Also Read: In Battle For Delhi, Why Purvanchalis Are AAP Government's Blue-Eyed Boys

Delhi, which has 70 seats, is scheduled to go to polls on February 8. The counting of votes will take place on February 11.

Also Read: Does AAP Chief Arvind Kejriwal Have The X-Factor To Defend Delhi?