Delhi LG Anil Baijal directed officials to set up an expert committee to chalk out a detailed plan during a meeting of the Delhi Disaster Management Authority (DDMA) on Friday. 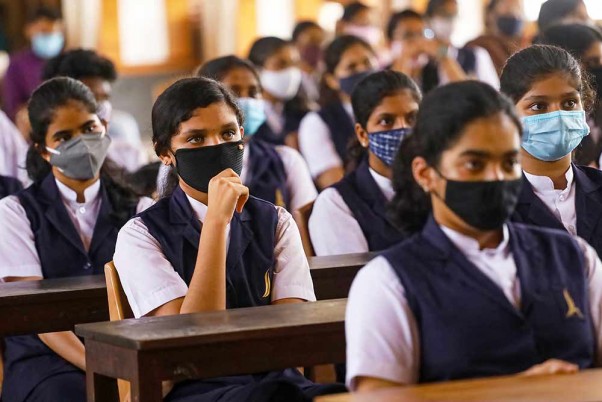 On Friday, Delhi Lieutenant Governor Anil Baijal asked the administration to set up an expert panel to devise a strategy to reopen schools in the national capital.

Noting that there is no harm now in reopening schools in the national capital, Baijal directed officials to set up an expert committee to chalk out a detailed plan during a meeting of the Delhi Disaster Management Authority (DDMA) chaired by Baijal.

Deputy Chief Minister Manish Sisodia said at the meeting that the prolonged school closure has led to major learning losses and the majority of parents want schools to reopen.

"As regards the suggestion for the opening of schools and educational institutions, as advised by the experts it was decided to set up a committee of experts, including officials of Education and Health Departments to finalise SOPs, evaluate status of preparedness of the schools, vaccination of teachers and staff of the schools, etc. for proceeding further in the matter," Baijal said in a series of tweets.

According to officials, the committee will work on finalising a detailed SOP, assessing preparedness of schools, vaccination of teaching and non teaching staff and addressing concerns of parents, and a decision in this regard will be taken thereafter.

"It was noted that in principle, there is no harm in opening schools provided certain prerequisites are in place. It was decided that SOP should be prepared on the issue and same be given to the expert committee. It was also stressed on vaccinating school teachers and staff," an official present at the meeting said.

The deputy chief minister noted in the meeting that school closures for over a year has led to a major loss of learning and now it is time to re-open schools.

Sisodia informed that out of eight lakh parents who attended the Delhi government’s parent teacher meeting, 90 per cent want schools to reopen.

The Delhi government had last week sought feedback from students, teachers and parents about the reopening of schools and received nearly 35,000 suggestions till now.

"The L-G also reiterated the need for continuing the test, treat and track strategy, constant vigil and strict enforcement of Covid-appropriate behaviour," the official added.

Delhi was hit by a brutal second wave of coronavirus which claimed a large number of lives daily with shortage of beds and oxygen worsening the situation.

Schools in the national capital were ordered shut last year in March ahead of a nationwide lockdown to contain the spread of coronavirus.

While several states started partial reopening of schools in October last year, the Delhi government allowed physical classes only for grades 9-12 in January this year, which were again suspended following the exponential rise in COVID-19 cases.

The Delhi government, however, allowed auditoriums and assembly halls in schools to be used for training and meeting purposes, but physical teaching and learning remain suspended.