The Delhi government has given a go-ahead to the city police to prosecute former JNUSU president Kanhaiya Kumar and two others in connection with a 2016 sedition case. 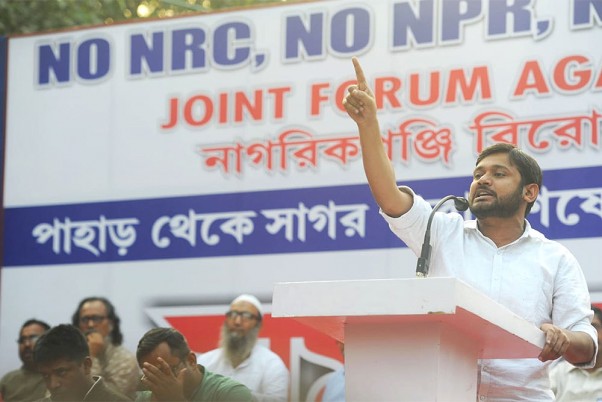 The Delhi government has given a go-ahead to the city police to prosecute former JNUSU president Kanhaiya Kumar and two others in connection with a 2016 sedition case, news agency PTI quoted sources as saying on Friday.

On January 14, the police had filed a charge sheet against Kumar and others, including former Jawaharlal Nehru University (JNU) students Umar Khalid and Anirban Bhattacharya.

On February 22, Outlook had reported that during a meeting between Kejriwal and Union Home Minister Amit Shah on February 19, the Chief Minister was “positive” towards an official request for sanctioning prosecution of Kanhaiya.

The Delhi government’s home department was requested to grant permission to prosecute Kanhaiya who along with several more students, including Umar and Anirban, was accused of sedition after “anti-India” slogans were allegedly shouted during a protest in JNU in 2016.

The Kanhaiya case has become a polarising issue with his supporters asserting that he has been falsely charged with sedition and called anti-national. The Kejriwal government’s refusal to give sanction to prosecute Kanhaiya was seen as a tacit support to Kanhaiya, who had contested the 2019 parliamentary elections as a CPI candidate for Begusarai, Bihar.