Amid a surge in Coronavirus cases and rising pollution levels, CM Arvind Kejriwal appealed people not to burst firecrackers. 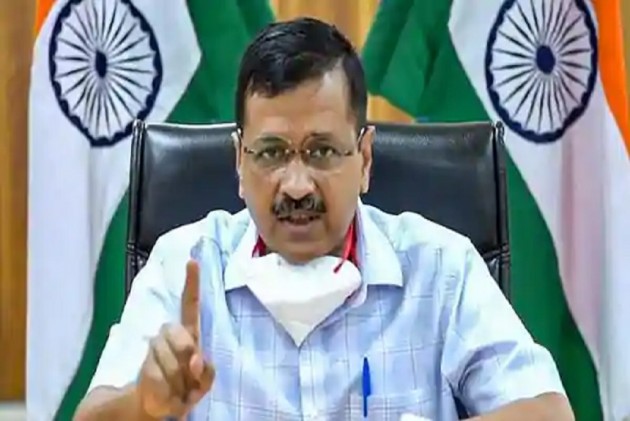 Chief Minister Arvind Kejriwal on Thursday said the Covid-19 situation is deteriorating in Delhi due to the rising air pollution as he appealed to people not to burst firecrackers, and join him and his ministers instead in a ''Laxmi Pujan'' programme to be organised by the AAP government this Diwali.

Addressing an online media briefing, Kejriwal said he along with his cabinet ministers will perform ''Laxmi Pujan'' at 7.39 pm on November 14 and urged Delhiites to join them from their homes by watching it on television and online mode and perform the rituals at the same time.

The chief minister said that at present, Delhi has been facing two issues -- the Covid-19 pandemic and the rising air pollution -- and added that the AAP government is making all efforts to deal with the situation.

"The Covid-19 situation is deteriorating in Delhi due to rising air pollution," he said while appealing to people to avoid bursting firecrackers this Diwali.

"If we burst firecrackers on this Diwali, we are playing with the lives of our children and families..." he stated.

On Wednesday, the city saw yet another record single-day jump in Covid-19 cases with over 6,800 confirmed infections as Kejriwal had said the city was witnessing the "third wave" of the virus amid rising pollution levels and festive season.

The city has been witnessing a fresh surge in coronavirus cases over the last few days.

Last year, the Delhi government had hosted a laser show at Connaught Place on the occasion of Diwali and the festival was celebrated together by people.

"This time too, we will celebrate Diwali together and won't burst firecrackers in any condition. There will be wonderful atmosphere and good vibes as two crore people will perform Laxmi Pujan. It will lead to well being in each household," Kejriwal said on Thursday.

On Thursday morning, a layer of haze lingered over the national capital and its suburbs, with raging farm fires and a fall in the wind speed and temperatures pushing air quality to the worst levels in around a year.

During the media briefing, Kejriwal also said that the smoke produced by crop stubble burning was worsening the Covid-19 situation in Delhi.

"This happens every year due to Parali (paddy stubble) burning and it's unfortunate that truly concerned states have not taken any ''concrete'' step to check this problem," he said.

He said the farmers in the neighbouring states have told him that they do not want to burn Parali because it kills soil bacteria and reduced fertility, but they have no option as their governments did nothing to help them.

This should be the last year of Parali-burning because Delhi has provided an option of using a chemical developed by Pusa Institute that converts crop stubble into manure in 20 days, he also said.

Next year there should not be any excuse by a government that there is no alternative of Parali burning because Delhi has given this model, Kejriwal said, adding that each state government should help their farmers as Delhi government did in addressing the Parali burning problem.

Delhi government has arranged free of cost spray of a bio decomposer developed by Pusa Institute in the fields with the consent of farmers to avoid burning paddy stubble.