Deputy commissioner Ranjeet Singh said the absence of 2D bar-code on the bottle will be treated as 'non duty paid liquor' and action will be taken. 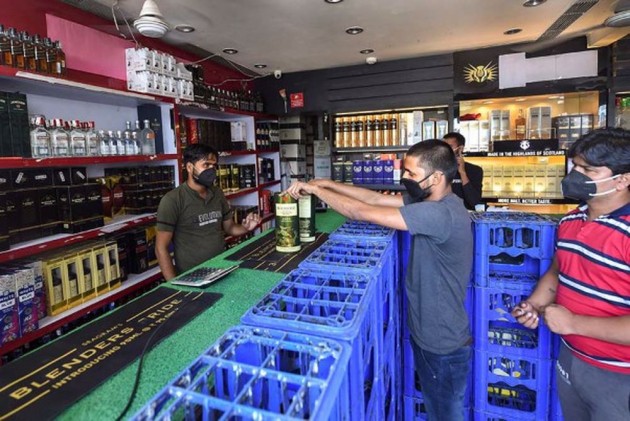 The Delhi government's excise department has warned clubs, hotels, and restaurants of strict action if they are found serving alcohol to customers from liquor bottles not bearing 2D bar-code.

The move comes after it was found during an inspection that bars at some establishments were using liquor and beer bottles which did not have 2D bar-code and those that were not readable.

In an order, Deputy Commissioner Ranjeet Singh said this practice has been viewed "very seriously", adding that the absence of 2D bar-code on the bottle will be treated as "non duty paid liquor" and action will be taken.

An official said a bar code shows that this is excise duty paid liquor and also indicates that liquor being served and sold to people is not spurious.

There are over 1,000 hotels, clubs and restro-bars in the national capital which have an excise license to serve liquor to their customers.

Singh directed all these establishments to paste 2D bar-code with a cello tape to ensure that it does not get destroyed while servicing liquor from the bottle by the bar staff.

"The absence of 2D bar-code on the bottle will be treated as "non duty paid liquor" in the licensed premises and necessary action as deemed fit as per the Delhi Excise Act 2009 and Delhi Excise Rules, 2010 will be initiated against delinquent licensee," he said in the order issued on February 23.

During the COVID-19-induced lockdown last year, the excise department had allowed restro-bars, hotels, and clubs to sell their stock of beer expiring by July 15 to liquor shops on several occasions in a bid to minimise their financial losses.

The shelf life of beer is around six months.