Of the 44 people, 32 will be adopted by the Sobti Foundation of New York-based philanthropist Mandeep Singh Sobti. 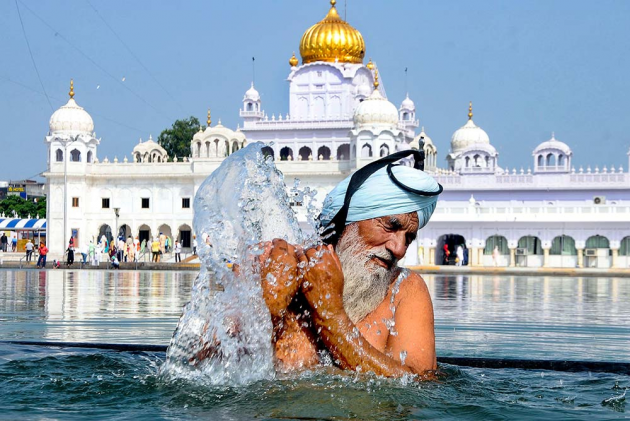 West Delhi gurudwara shelters 44 Afghan Sikhs who were among those evacuated from Afghanistan.

Days after India airlifted hundreds of Afghans including Sikhs from the war-torn nation under 'Operation Devi Shakti', a West Delhi gurdwara has provided a temporary home to 44 Sikh evacuees.

The gurdwara, located in New Mahavir Nagar in west Delhi on Tuesday gave shelter to 44 Afghan Sikhs, who were evacuated among 78 people from Afghanistan.

Of the 44 people, 32 will be adopted by the Sobti Foundation of New York-based philanthropist Mandeep Singh Sobti, said Kanv Bhalla, an entrepreneur coordinating rehabilitation efforts.

A few people have families in Punjab and they have left for their respective places, he said.

"Thirty-two members of five families will be sheltered in the gurudwara for one or two days before they get an accommodation which will be arranged by the Sobti Foundation," Bhalla said.

Earlier in the day, the 78 were discharged from the ITBP's facility southwest Delhi's Chhawla area after 14 days in quarantine mandated by the government to check the spread of COVID-19.