Despite the BJP using all its might to wrest power in the national capital, the 'son of Delhi' won, he said. 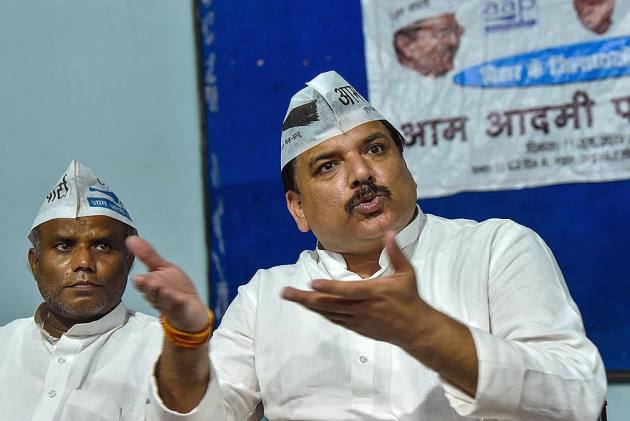 With the early trends suggesting a third term for the AAP in Delhi, senior party leader Sanjay Singh said by giving a "massive mandate", people of the national capital have said that Chief Minister Arvind Kejriwal is not a terrorist but a staunch nationalist.

Despite the BJP using all its might to wrest power in the national capital, the "son of Delhi" won, he said.

The ruling Aam Aadmi Party (AAP) is leading on 57 seats while the BJP on 13, according to Election Commission (EC).

"The two crore families of Delhi have now said that their son Arvind Kejriwal is not a terrorist but a staunch nationalist. I salute the people of Delhi from (for) giving AAP such a massive mandate," Singh said in a tweet.

The AAP leader was referring to remarks made by BJP MP Parvesh Verma at a poll rally. Verma had called Kejriwal a "terrorist" over his alleged support to an anti-Citizenship (Amendment) Act protest in south Delhi's Shaheen Bagh.

"Despite BJP leaders putting all their force behind it (election campaign), the son of Delhi won. Amit Shah has been shown that the son of Delhi has won and people of Delhi have voted for development and progress," said Singh, referring to Kejriwal.

Singh was addressing party workers at the AAP headquarters in Delhi.

According to EC's website, Kejriwal was leading from his New Delhi constituency. He reached the party office as the counting got underway.

Polling for the 70-member Delhi Assembly was held on Saturday.