Delhi HC Sets The Right Template for UAPA Cases: Right To Protest Is Not Terrorism 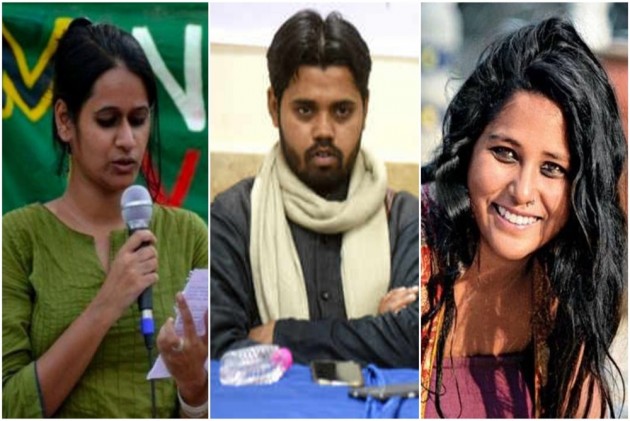 The orders passed by the Delhi High Court granting bail to Asif Iqbal Tanha, Devangana Kalita, and Natasha Narwal in the North East Delhi riots cases collectively form a seminal document of reference for the legal fraternity, human rights defenders, the media, and, most importantly, overzealous prosecuting agencies that routinely turn Nelson’s Eye to the letter of the law in their bid to please political bosses. The three orders – separate in form but one in spirit – lucidly canvass the urgent need for sundry investigation agencies to exercise utmost caution while invoking draconian laws to suppress a citizen’s constitutionally guaranteed right to protest. They also establish that it’s imperative for various courts to proactively uphold individual freedoms when probe agencies seek to curb them through the wanton use of oppressive laws and dubious allegations.

Notwithstanding the temptation to label the bail orders as belated – Tanha, Kalita, and Narwal have already spent over a year in jail as undertrials; other anti-CAA activists similarly arrested in connection with the North East Delhi riots cases are still awaiting bail – it is vital to outline the substance of the inferences and conclusions that the two judges of the court arrived at. Relying on various precedents that have been set by different judgments of the Supreme Court and on a liberal interpretation of constitutionally guaranteed freedoms, principles guiding grant of bail and various sections of the otherwise repressive Unlawful Activities (Prevention) Act, Justices Siddharth Mridul and AJ Bhambhani have unequivocally endorsed an individual’s right to protest.

That the court expounded a plethora of legally indisputable arguments to establish that protests, even if vicious, do not tantamount to “terrorist activity”, is a resounding repudiation of the probe agencies that have progressively used laws like sedition, UAPA, NIA, et al to crackdown on political dissent as also of the Executive that has overtly triggered such arrests. Each case before a court, of course, is different and is, thus, adjudicated differently. It may be a stretch to assume that the bail orders for Tanha, Kalita, and Narwal will open the floodgates for other courts – or even other benches of the Delhi High Court – to use the same rationale while disposing of countless other bail pleas of undertrials like Umar Khalid (another jailed accused in the North East Delhi riots cases), Sudha Bhardwaj, Stan Swamy, Arun Ferreira, Vernon Gonsalves, Gautam Navlakha, Siddique Kappan, Kishorechandra Wangkhem and several others similarly charged under sedition, UAPA or other draconian laws.

However, the bail orders issued by Justices Mridul and Bhambhani lay down the legal precedent to argue for the release of people such as Khalid or the 16 accused in the Bhima Koregaon case and several other public intellectuals incarcerated in various prisons across the country on similar non-bailable charges under various laws. More importantly, the bail orders provide for yet another motivation to vociferously demand reform, if not complete repeal, of laws that, under the guise of protecting national interests, are used to suppress individual freedoms and crush political dissent.

Several inferences and conclusions were drawn by the court are worth ad nauseam reiteration to understand why these bail orders must become a template for other courts to follow when confronted with cases – and there are many – with similar facts. Take for instance the court’s observation in Kalita’s bail order: “… in its anxiety to suppress dissent and in the morbid fear that matters may get out of hand, the State has blurred the line between the constitutionally guaranteed ‘right to protest’ and ‘terrorist activity. If such blurring gains traction, democracy would be in peril.” Successive governments, and certainly most recurrently the ones presently in power at the Centre, have used various laws – from TADA and POTA to sedition, UAPA, and NIA – to arrest political dissenters and label them as anti-national elements out to destabilise a democratically elected government.

The government and probe agencies would do well to read the abovementioned observation of the court along with the interpretation that the two judges have laid down, using various past verdicts of the Supreme Court, to define terrorism and terrorist activity as also to expatiate limitations on the prolonged non-denial of bail to individuals disproportionately accused of such offenses under various applicable laws. “Protests against Governmental and Parliamentary actions are legitimate; and though such protests are expected to be peaceful and non-violent, it is not uncommon for protesters to push the limits permissible in law… Even if we assume for the sake of argument, without expressing any view thereon, that in the present case inflammatory speeches, chakkajams, instigation of women protesters and other actions… crossed the line of peaceful protests… that however would yet not amount to commission of a ‘terrorist act’ or a ‘conspiracy’ or an ‘act preparatory’ to the commission of a terrorist act as understood under the UAPA,” the court has said.

In Narwal’s bail order, the court has said, “Allegations relating to inflammatory speeches, organising of chakka jaam, instigating women to protest and to stock-pile various articles and other similar allegations, in our view, at worst, are evidence that the appellant participated in organising protests, but we can discern no specific or particularised allegation… that the appellant incited violence, what to talk of committing a terrorist act…” Further, in Tanha’s bail order, the court goes on to assert, “foisting grave penal provisions engrafted in sections 15, 17 and 18 UAPA frivolously upon people, would undermine the intent and purpose of the Parliament in enacting a law that is meant to address threats to the very existence of our Nation. The wanton use of serious penal provisions would only trivialise them.”

Given the proclivity of the State and its probe agencies to colour every political protest as an anti-national activity that must warrant immediate arrest and prolonged incarceration, it is also important to reproduce another excerpt from Tanha’s bail order. More so, since in most such cases accused are repeatedly denied bail either on a verbatim interpretation of non-bailable penal offenses or by liberally accepting the prosecution’s argument of the “likelihood” of evidence of an anti-national or terrorist activity being discovered later.

The Delhi High Court has pithily demolished such excuses. “It has been a recurrent theme, repeatedly urged by the State, that what was contemplated and brought to fruition was not a typical protest but an aggravated protest which was intended to disrupt the life of the community in Delhi. We find ourselves unpersuaded and unconvinced… mere use of alarming and hyperbolic verbiage in the subject charge-sheet will not convince us otherwise.” Most importantly, the court also said, “having given our anxious consideration to this aspect of ‘likelihood’ of threat and terror, we are of the view that the foundations of our nation stand on surer footing than to be likely to be shaken by a protest, however vicious, organised by a tribe of college students or other persons…”

Lastly, the court has also tried to re-educate the investigating agencies – and by extension the political masters that these agencies report to – about what constitutes terrorism or terrorist activity. Importantly, the two judges have also urged other courts to exercise caution while interpreting terrorist activity as mentioned under the UAPA and differentiating it with other so-called unlawful activities, including heinous crimes. The court has said that the definition of ‘terrorist act’, under section 15 of the UAPA is “wide and even somewhat vague” and that the phrase “cannot be permitted to be casually applied to criminal acts or omissions that fall squarely within the definition of conventional offenses as defined inter alia under the IPC.”

Though the actual cases against Tanha, Kalita, and Narwal – or other co-accused in the North East Delhi riots cases – are still pending disposal, it is evident that while granting bail the Delhi High Court has blown the Delhi Police’s case against the trio, as it stands today, to smithereens. The court has made it abundantly clear multiple times in the bail orders that even after a year of investigations into the riots, there is still no evidence in the chargesheet to justify invoking UAPA provisions against the accused.

Any self-respecting institution or its leadership should have publicly apologised to the nation for a blatant disregard for constitutionally guaranteed freedoms of the citizens and misuse of laws that have repeatedly proven to be oppressive. The officials responsible for the arrests and those who argued for the continued incarceration of the accused should have been penalised while reparations awarded to Tanha, Narwal, and Kalita for being consigned to the hellhole of prison for over a year without substantial evidence against them.

Instead, even over 30 hours since the bail orders were passed, Tanha, Narwal, and Kalita continue to be in jail because the Delhi Police claims it hasn’t been able to verify the documents submitted for their release. That the Delhi Police have, however, found time to challenge the bail order, albeit predictably and within the confines of our appellate system, in the Supreme Court is a sad commentary of its brazen disregard for the laws that it is supposed to uphold. It is now up to the Supreme Court, as parens patriae, to ensure that this wanton misuse of draconian laws by a muscular State stops. The apex court has done so in the past and more recently, also made laudable interventions against the equally misused sedition law. It mustn’t stay the course on UAPA too.