Somnath Bharti had approached the Delhi High Court on Wednesday challenging his conviction and a two-year sentence in a case of assault on AIIMS security staff. 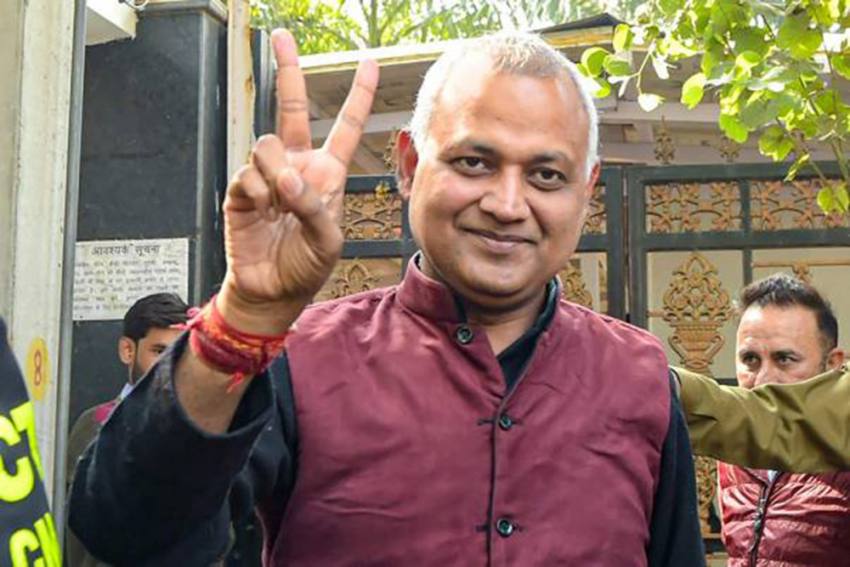 The Delhi High Court on Wednesday suspended a two-year jail term of AAP MLA Somnath Bharti in a case of assault on AIIMS security staff.

Bharti had approached the Delhi High Court on Wednesday challenging his conviction and two-year sentence.

Justice Suresh Kait also stayed Bharti's conviction in the case and sought response of the Delhi government on his plea challenging his conviction and the sentence.

The high court listed the matter for further hearing in May 20.

According to the prosecution, the AAP MLA, along with 300 others had brought down the fence of a boundary wall at the All India Institute of Medical Sciences (AIIMS) with a JCB in Delhi on September 9, 2016.

A Delhi trial court on Tuesday had convicted Bharti for the abovementioned offences under sections 147 (rioting) read with 149 (unlawful assembly) of IPC and under section 3 (mischief causing damage to public property) of the Prevention of Damage to Public Property Act, post which Bharti was taken into custody and sent to prison.

In his plea before the high court, he hasd sought setting aside of the trial court's verdict and suspension of sentence during the pendency of the revision petition. He has also sought a stay on his conviction in the case.

A magistrate had in January sentenced him to two years in prison.

The punishment was upheld by a sessions judge on Tuesday.