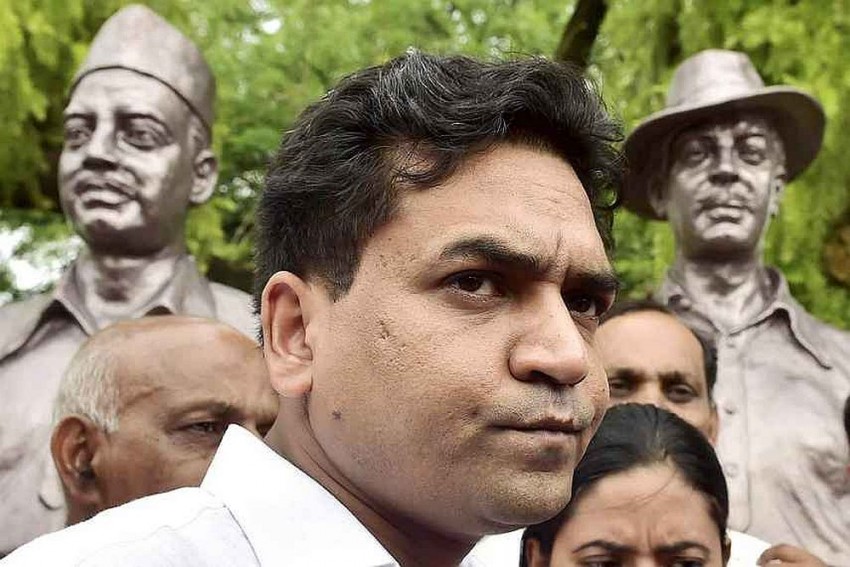 Amid the ongoing agitation by farmers on city's borders, Delhi BJP leader Kapil Mishra has urged President Ram Nath Kovind to take steps to provide respite to Delhiites who he claimed were being "held hostage" through protests.

In his letter to Kovind, Mishra said workers of many political parties have held Delhi hostage for many days.

He said the supplies of essential items like milk, vegetables, oxygen cylinder and medicines has been affected, he said.

"This is not the first time but it has been recurring. At the start of this year, Delhi was held hostage in the name of Shaheen Bagh movement and an atmosphere of hatred and violence was created in the capital," he said in his letter.

Mishra's name has figured in connection with the Delhi riots, with many political and social outfits accusing him of giving "provocative" speech at Jafarabad that was followed by riots in northeast Delhi.

Referring to the farmers' protests, Mishra said the people of Delhi were getting "deprived" of their fundamental rights and simple freedoms like going to office, opening shops and hospital visits for treatment were being snatched away from them.

"Delhi people being held hostage frequently. This toying with the lives of children and elderly must stop," he said in his letter.

He requested the President for "concrete and decisive step" to stop Delhi being held hostage, and added that political jugglery of this kind cannot be permitted to play with the lives of crores of people.

Key routes at Delhi's borders with Haryana and Uttar Pradesh remained choked as thousands of farmers held demonstrations for the ninth consecutive day, after talks between three union ministers and a representative group of agitating farmers failed to yield any resolution on Thursday.

The farmers protesting against the Centre's farm laws have blocked Delhi's Singhu and Tikri borders, affecting supplies of fruits, vegetables, milk and other essential items.