The Delhi High Court in its Friday order said, 'It appears the suit was for publicity. Juhi Chawla circulated the link of the hearing on social media.' 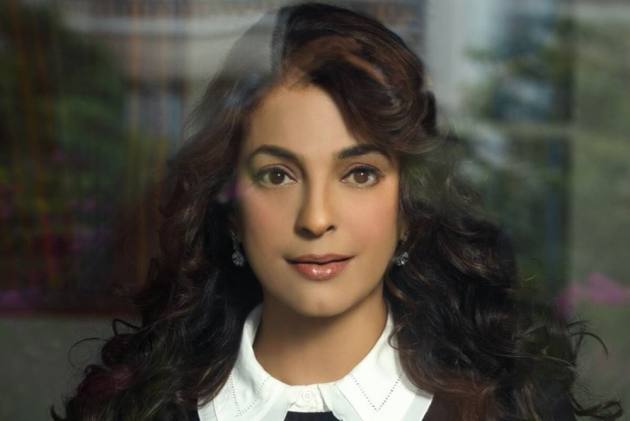 The Delhi High Court on Friday dismissed actor Juhi Chawla's lawsuit against the setting up of 5G wireless networks in the country and imposed a fine of Rs 20 lakh.

Actress-environmentalist Juhi Chawla's plea had sought a direction to the authorities to certify to the public at large that how 5G technology is safe to humans, animals, and every type of living organism, flora, and fauna.

The court in its Friday order said, "It appears the suit was for publicity. Juhi Chawla circulated the link of the hearing on social media."

Justice J R Midha said the plaintiffs -- Chawla and two others -- have abused and misused the process of law and wasted the court's time.

The court said the suit was filed to gain publicity which was clear as Chawla circulated the video conferencing link of the hearing on her social media account which resulted in repeated interruptions by unknown persons.

The court also issued contempt notices against unknown persons and asked the Delhi Police to identify them.

After pronouncement of order, Chawla's counsel sought a stay on the verdict which was outrightly denied by the court.

During the earlier hearings, the court had termed as “defective” the lawsuit and said it was filed for “media publicity”.

It had also questioned Chawla for filing the suit without giving any representation to the government on her concerns related to the technology.

The court had said the plaintiffs, Chawla and social worker Veeresh Malik and Teena Vachani, were required to first approach the government for their rights and if denied, they should come to the court.