The provisions of the GNCTD Act came into effect from April 27, according to a notification issued by the Ministry of Home Affairs (MHA). 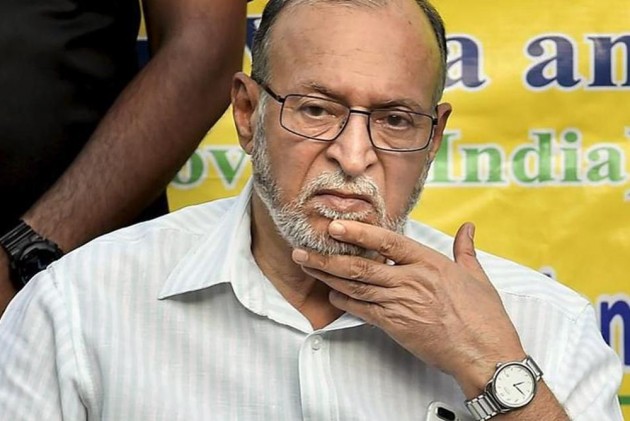 After the GNCTD (Amendment) Act, 2021 that says the Delhi "government" means the LG came into force, Delhi Lieutenant Governor (LG) Anil Baijal sought a report from Chief Secretary Vijay Dev on Thursday on the city's preparedness for the vaccination of people above 18 years of age against Covid-19 as his first move.

The provisions of the Act came into effect from April 27, according to a notification issued by the Ministry of Home Affairs (MHA).

Baijal's office also created a Twitter handle -- @RajNiwasDelhi -- saying it will share official announcements, press releases, reactions and other useful information for the residents of the national capital.

Can The LG Do Anything Differently To Relieve Covid Crisis In Delhi?

About the next phase of the vaccination drive, the Raj Niwas tweeted: "Hon'ble Lt Governor has sought a report from the Chief Secretary on the preparedness for the roll out of the vaccination program for people above 18 yrs of age."

Earlier in the day, Health Minister Satyendar Jain said the city "does not have vaccines" for the inoculation of persons in the 18-44 age group and purchase orders have been placed with manufacturers for the same.

The minister, however, said preparations to inoculate people in this category have been completed.

"At present, we do not have vaccines. We have requested the companies to provide it," Jain told reporters when asked if there were enough vaccines available for the 18-44 age group.