This is a fourth time this season that the air quality in Delhi-NCR has worsened to severe category. The first time it dipped to the severe category this year was just two days before Diwali. 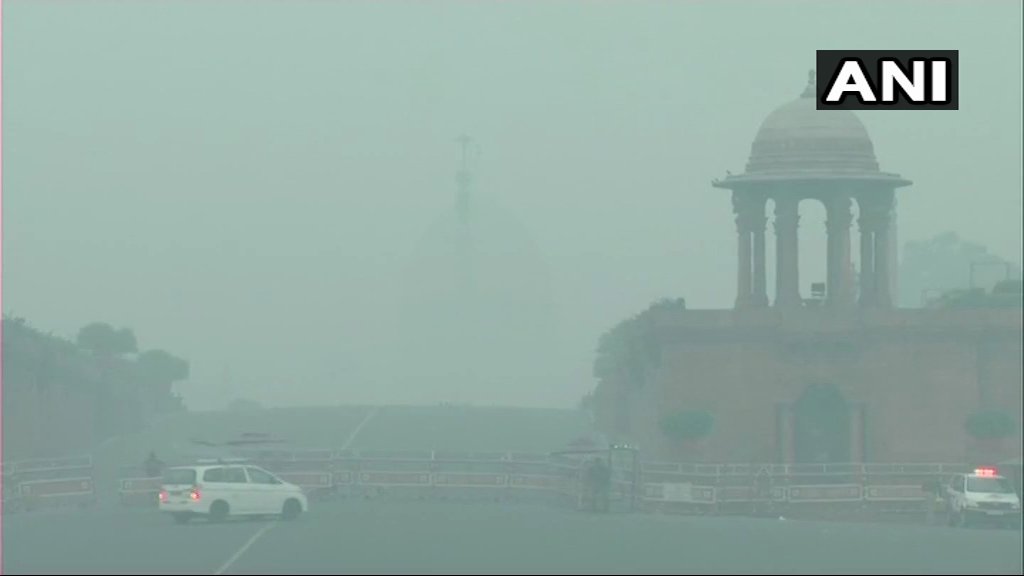 Delhi's air quality deteriorated to 'severe' category on Saturday as a cover of smog surrounded the national capital and prevented dispersion of pollutants, authorities said.

This is a fourth time this season that the air quality in Delhi-NCR has worsened to severe category. The first time it dipped to the severe category this year was just two days before Diwali.

As Delhi-NCR Celebrates Diwali With Firecrackers, Air Quality Goes Down To 'Severe'

The overall air quality index (AQI) of the city stood at 408, which falls in the 'severe' category, the Central Pollution Control Board (CPCB) data showed.

In Delhi, the overall PM2.5 level - fine particulate matter in the air with a diameter of less than 2.5 micrometre - was recorded at 290 and the PM10 level at 458, the CPCB said.

In the National Capital Region, Ghaziabad recorded the worst air quality at an AQI of 451. Noida recorded severe air quality while Faridabad's pollution level remained in the very poor category, the CPCB said.

The Centre-run System of Air Quality and Weather Forecasting (SAFAR) said the air quality might improve over the next two days but would still remain in the very poor category.

According to the Indian Institute of Tropical Meteorology, the maximum ventilation index Wednesday was 2,000 sqm/second which is extremely unfavourable for dispersion of pollutants.

A ventilation index lower than 6,000 sqm/second with an average wind speed of less than 10 kmph is unfavourable for dispersion of pollutants.

Nearly 15,000 people died prematurely in Delhi due to pollution by fine particulate matter in 2016, according to a new study which ranked the national capital third in a list of cities reporting most deaths due to air pollution.

Shanghai was ranked first in most premature deaths at 17,600 and Beijing second with 18,200 deaths due to PM2.5 pollutant.