The Delhi Disaster Management Authority on Tuesday sounded a yellow alert and ordered the closure of schools, colleges, cinemas and gyms with immediate effect. 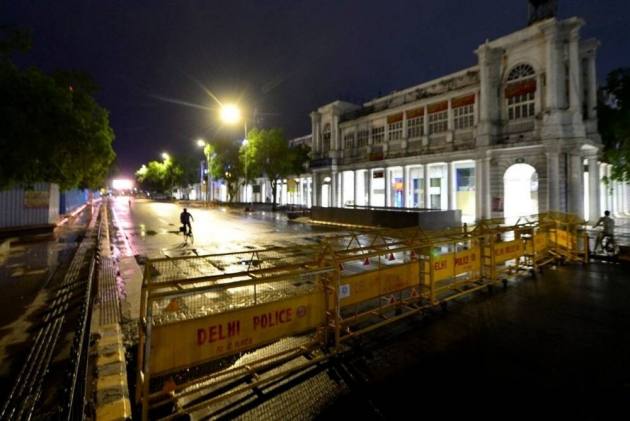 The Delhi Disaster Management Authority on Tuesday sounded a yellow alert and ordered the closure of schools, colleges, cinemas and gyms with immediate effect and put various restrictions on the functioning of shops and public transport under the Graded Response Action Plan (GRAP).

The announcement came at 3 pm, more than halfway through a weekday, but the government said they would be in "immediate effect".

With the Omicron cases surging across the national capital, the Delhi government has once again imposed a night curfew from 11 pm to 5 am, starting Monday.

Here’s what will remain open and close:

1. Malls, shops and establishments of non-essential goods and services and malls will open based on an odd-even formula from 10 AM to 8 PM, while one weekly market will be allowed per municipal zone with 50 per cent vendors.

2. A night curfew will remain between 10 pm and 5 am daily. The timing of the night curfew imposed from Monday night has also been extended by an hour and it will now begin at 10 pm.

3. Marriages and funerals will be allowed attendance of 20 persons while all other types of gathering related to social, political, cultural, religious and festival events will be prohibited. Weddings will only take place in home and courts.

4. Private offices can function with up to 50 per cent of the staff barring those designated essential services, which includes hospitals, media, banks, insurance companies and telecom services. In Delhi government offices also, barring certain categories of officials, only half of the remaining staff will be allowed under the 'yellow' alert.

5. Religious places will open but visitors will not be allowed. Parks and gardens can however open.

7. Standalone shops or markets in residential colonies will not follow the odd-even rule.

8. Restaurants will be permitted with 50 per cent capacity from 8 am to 10 pm while bars can also operate with the same capacity, but from 12 noon to 10 pm.

9. The Delhi Metro will function with half its capacity.

10. Public parks, salons and beauty parlours will remain open. Spas and wellness clinics will remain closed and picnics and gatherings in parks will be prohibited.

After a high-level meeting to review the pandemic situation in the national capital, Chief Minister Arvind Kejriwal said earlier in the day that a decision has been taken to issue a 'yellow' alert in view of fast-rising cases of infections.

The Yellow Alert rolls out if the positivity rate remains above the critical mark of 0.5 per cent for two consecutive days. The alert will also be issued if the cumulative positive cases for a week touch 1,500, or the average occupancy of oxygen beds in hospitals remain above 500 for a week.

The national capital reported 331 new Covid-19 cases - highest in six months - with one death on Monday, and the infection rate remained above the critical 0.5 per cent -- at 0.68-- for the second day in a row.