The national capital has reported the highest daily new cases with its tally of 7,745 single-day infections. 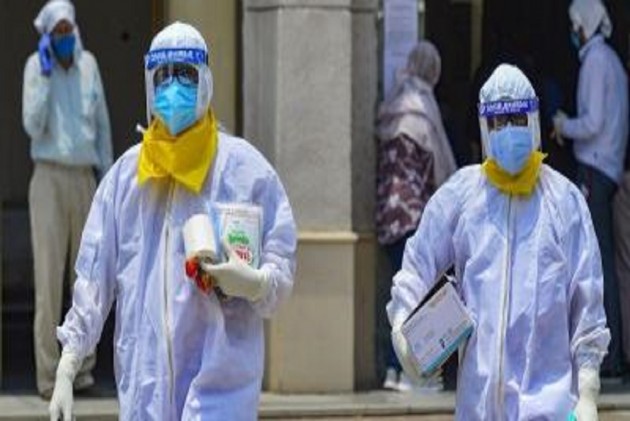 79 per cent of the 45,903 new Covid-19 cases are from 10 states and UTs, with Delhi overtaking Maharashtra and Kerala by reporting 7,745 infections in a span of 24 hours to become the largest contributor to the single-day infections, the Union Health Ministry said on Monday.

Delhi had earlier overtaken Maharashtra and Kerala on November 7 also.

The city has reported the highest daily new cases, also its highest tally so far with 7,745 new cases. The national capital is followed by Maharashtra with 5,585 cases and Kerala with 5,585 cases, the ministry said.

The trend of recoveries outnumbering new cases has continued for the 37th day with 48,405 cases recovering in a span of 24 hours as against 45,903 infections being reported during the same period.

"This trend has continued to shrink the active caseload of India which presently stands at 5,09,673 which comprises 5.96 per cent of the total Covid-19 cases," the Ministry underlined.

India's cumulative Covid-19 positivity rate has also declined with fewer new cases, but focus on testing remains a prime commitment of the Centre and the State and UT governments.

India's cumulative positivity rate has dropped to 7.19 per cent as on date.

The Covid-19 recovery rate has also been boosted with the trend of recoveries exceeding new cases and presently stands at 92.56 per cent. Total recoveries have surged to 79,17,373 and exceed active cases by 74,07,700.

The Ministry said that 79 per cent of the new recovered cases are observed to be concentrated in 10 states and UTs.

Maharashtra has reported the maximum number of single-day recoveries with 8,232 newly recovered cases. 6,853 people recovered in Kerala followed by 6,069 in Maharashtra.