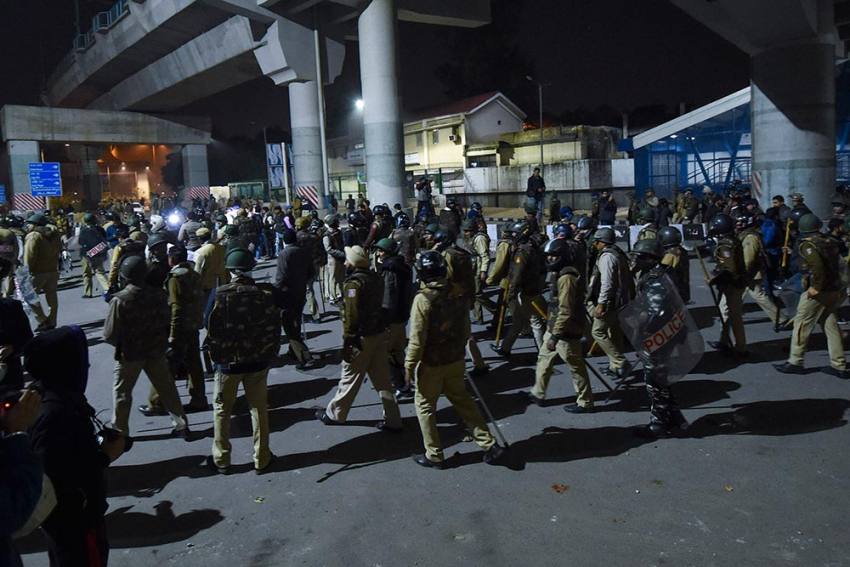 The Delhi Police's crime branch will investigate the Jamia violence and people should not pay any heed to social media rumours, Delhi Police PRO MS Randhawa said on Monday.

"There was no firing, there have been no casualties in Jamia violence. The crime branch will investigate Jamia violence. A thorough investigation will be done and accountability will be fixed," he said at a press conference.

"Four DTC buses, 100 private vehicles and 10 police bikes were damaged during the violence. One policeman is in the ICU," he added.

Randhawa said the police is keeping a watch on social media.

"We are monitoring social media. I appeal students and public at large to not pay any heed to rumours," he said.

On Sunday, police entered Jamia campus, lathi-charged students, and hurled tear gas shells inside the campus, after protests near New Friends Colony turned violent, following vandalism by some "miscreants". Students outrightly denied their involvement, saying they were peacefully protesting on the designated spot.

The violence at Jamia was followed by a police crackdown on students of Aligarh Muslim University (AMU) who had been protesting against the controversial law and National Register of Citizens (NRC) ever since the first wave of demonstrations took off.