According to the police, 17 arrests have been made so far in the case - nine from New Friends Colony and eight from Jamia Nagar, all of them locals. 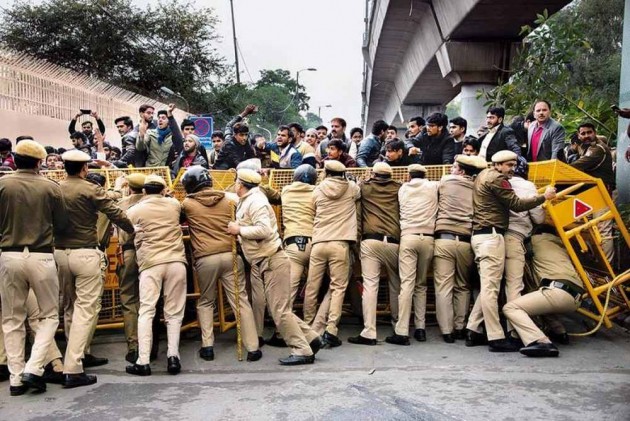 Imam, who was sent to one-day police custody on Monday,  has now been sent to judicial custody till March 3.

According to the police, 17 arrests have been made so far in the case -- nine from New Friends Colony and eight from Jamia Nagar, all of them locals.

Role of Popular Front of India (PFI) is also being examined by the police.

CCTV, call detail records and statements of over 100 witnesses have been attached as evidence, police said.

The probe has also revealed that empty bullet cartridges, belonging to a 3.2 mm pistol, were found during the violence.