Delhi Police's remarks come in the backdrop of global celebrities such as singer Rihanna and Thunberg supporting the farmers' protests against the three farm laws. 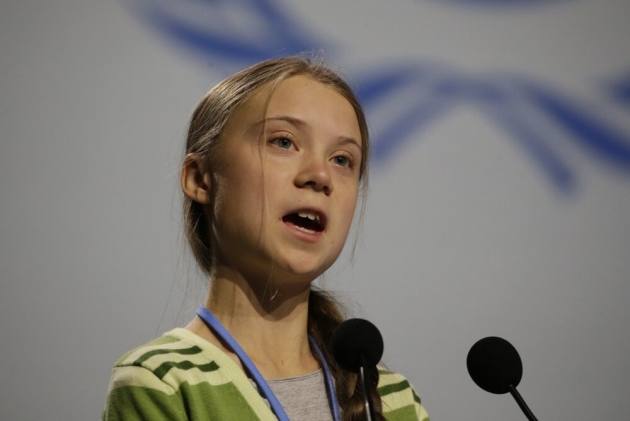 An FIR was registered by the Delhi Police against unknown persons in connection with the "toolkit", which was shared by teen climate activist Greta Thunberg and others on Twitter, with a top official saying that the initial probe has suggested the document's link with a pro-Khalistan group.

Delhi Police's remarks come in the backdrop of global celebrities such as singer Rihanna and Thunberg supporting the farmers' protests against the three farm laws.

Asked whether the FIR has been registered against Thunberg, a top official of the Delhi Police said nobody has been named in the case.

Lending her support to the farmers' agitation, the teen activist had shared "a toolkit for those who want to help".

"Here's a toolkit if you want to help," tweeted Thunberg, which takes the user to a document containing details on ways to support the protest.

In the document, various urgent actions, including creating a Twitter storm and protesting outside Indian embassies, were listed which were needed to be taken to support the farmers' protest.

Addressing a press conference, Special CP (Crime) Praveer Ranjan said the Delhi Police has come across a document "toolkit" which has an action plan to spread social disharmony in the country and registered a case against its author on charges of criminal conspiracy, sedition and others.

He said the initial probe has revealed that the 'toolkit' has been created by a pro-Khalistani organisation.

He said documents uploaded on social media have a proper action plan about a digital strike on or before January 26 and tweet storms on January 23.