Data shared by officials says1,62,526 challans have been issued in the national capital during the period for various coronavirus-related violations. 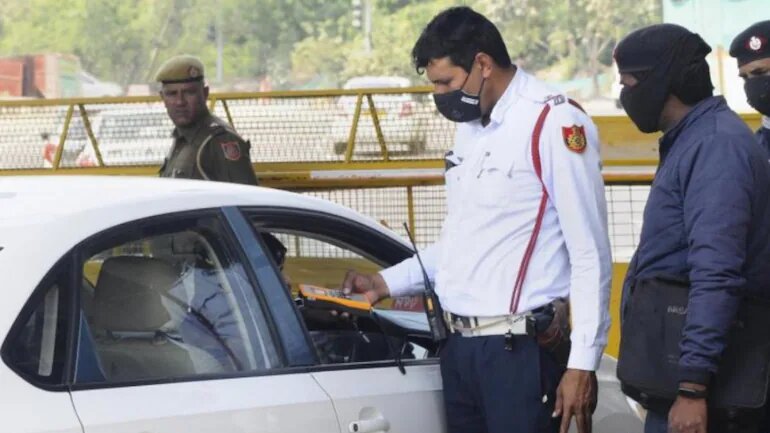 To put a check on further flouting of COVID-19 restrictions, Delhi Police so far have issued more than 1.60 lakh challans since imposition of lockdown in April.

According to the official data, 1.37 lakh challans have been issued for not wearing masks and 22,000 for disregarding the social distancing norms between April 19 and July 2 this year,

Chief Minister Arvind Kejriwal had last month announced various relaxations in the ongoing lockdown that was imposed on April 19, saying the Covid situation was improving and the economy of the city needed to be revived.

The data shared by Additional Delhi Police Public Relations Officer (PRO) Anil Mittal stated that 1,62,526 challans have been issued in the national capital during the period for various coronavirus-related violations.

Out of them, 1,37,872 challans were issued for mask violation, 22,874 for violation of social distancing, 1,552 for holding large public gatherings or congregations, 72 for spitting and 156 for consumption of liquor, pan, gutkha, tobacco etc, the data cited.

As part of the relaxations announced last month, the Delhi government allowed all standalone and neighbourhood shops to function, including liquor vends. In the next phase, it also allowed weddings at banquet, marriage halls and hotels with 50 people in attendance, and reopening of gyms and yoga centres at 50 per cent capacity under the phased unlock process initiated with an improvement in the city's COVID-19 situation.

However, according to a District Disaster Management Authority (DDMA) order, schools, colleges and educational institutes, cinemas, multiplexes, swimming pools, and entertainment and amusement parks will remain closed, and banquet halls for any purpose other than weddings will remain prohibited.

Gyms and banquet halls were closed on April 19 when Delhi was facing the brutal second wave of COVID-19.

In the second week of May, weddings were permitted at home and in courts with not more than 20 people in attendance.