The AAP said it will continue its effort for passage of Delhi Jan Lokpal Bill if it comes to power after February 8 polls. 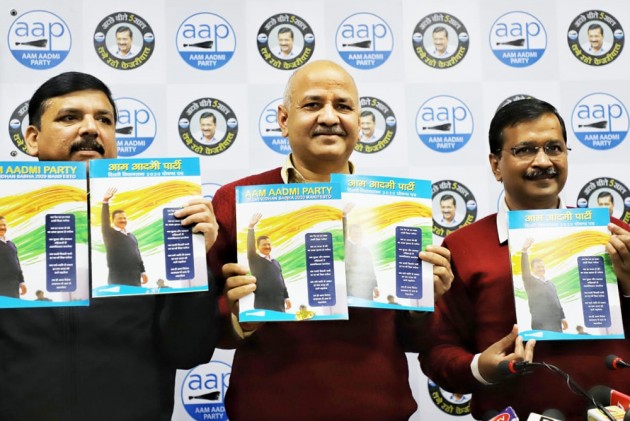 The Aam Aadmi Party on Tuesday released its manifesto for the February 8 polls, focussing on quality education, health, clean water and 24-hour electricity in the national capital.

Sisodia said that the government will introduce patriotic curriculum in schools so that students learn to love their country and undertand the sacrifices made by soldiers.

"After the success of Hapines Curriculum and Entrepreneurship Curriculum introduced in schools by Delhi Government, patriotic curriculum will also be introduced," the Deputy CM said.

'Future Of Delhi Will Be Changed': BJP Releases Manifesto For Assembly Elections

The AAP said it will continue its effort for passage of Delhi Jan Lokpal Bill if it comes to power after February 8 polls.

The party said its vision is to make every family prosperous and it will continue to work for full statehood to Delhi.

The party said that if it is re-elected, it will run pilot project to allow markets to open 24 hours.