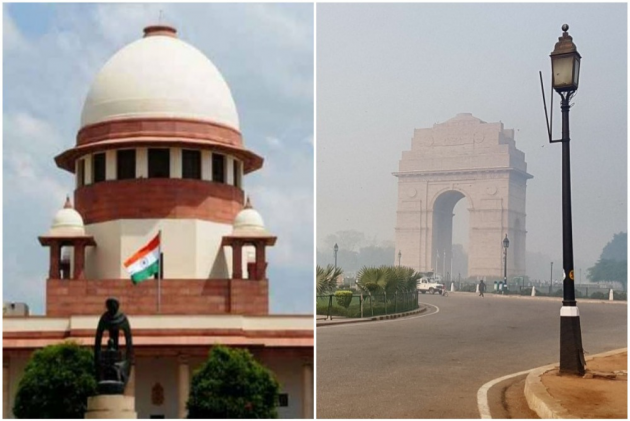 The Supreme Court of India on Wednesday came down heavily on news channels for their coverage of the Delhi pollution crisis. Hearing a plea by a lawyer regarding the matter of stubble burning and pollution, the SC said that debates on TV news channels are causing more pollution than anybody with statements made in the court being taken out of context.

A bench headed by Chief Justice N V Ramana added that these debates were often taken out of context and that almost everyone on the panels had their own agenda.

"You want to use some issue, make us observe and then make it controversial, and then only blame games will remain..," observed the bench also comprising Justices D Y Chandrachud and Surya Kant.

"Debates on TV are creating more pollution than anybody. They don't understand what is happening and what is the issue. Statements are taken out of context. Everyone has their own agenda. We can't help and we can't control. We are focussing on working out the solution," it said.

The apex court's observations came while hearing a plea relating to air pollution in Delhi and adjoining areas.

The oral remarks came in response to the submission of senior advocate Abhishek Manu Singhvi, appearing for the Delhi government, that stubble burning was one of the contributors of the air pollution which needs to be addressed and referred to the Centre's figures on the issue.

Solicitor General Tushar Mehta referred to the television debates and said they claimed that he had misled the top court on the contribution of stubble burning to air pollution.

"I watched some irresponsible and nasty utterances on TV media against me that I misled the court on the question of stubble burning by showing that its contribution is only 4 to 7 per cent. Let me clarify," SG said.

The top court, however, said: "We were not misled at all. You said 10 per cent but it was pointed out in the affidavit that it was 30 to 40 per cent".

The plea has been filed by environmental activist Aditya Dubey and law student Aman Banka, who sought directions to provide stubble-removing machines to small and marginal farmers for free.