The deceased has been identified as 35-year-old woman from south Delhi, who officials said passed away in late September this year. 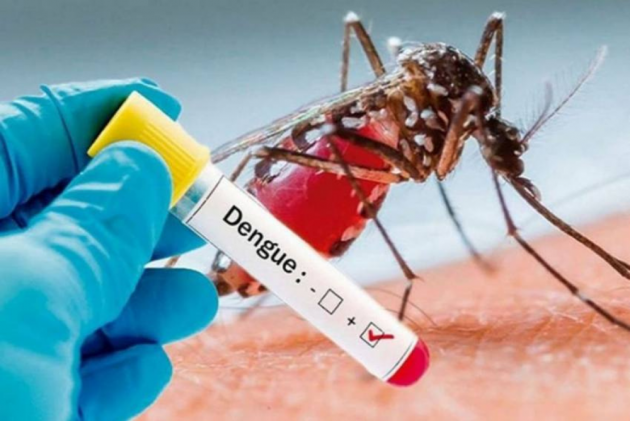 The first death due to dengue this season has been reported in Delhi amid the mounting cases in the national capital, officials said on Monday.

The deceased has been identified as Mamta Kashyap, a woman aged about 35. She was a resident of Sarita Vihar in south Delhi.

The officials said the deceased had died of dengue in late September this year, at a private hospital.

According to a civic report on vector-borne diseases released on Monday, one death due to dengue, and 723 dengue cases have been recorded this season till October 16, which is the highest case count since 2018 for the same period.

The total number of cases this year till October 9 had stood at 480. So, 243 fresh cases have been logged in one week.

Of the total count of dengue cases recorded in Delhi this year, 382 have been reported this month till October 16, which amount to nearly 52 per cent of the cumulative cases.

Cases of dengue have been rising in the city in the last two weeks, and the first death due to it has been reported, a senior official said, adding that the deceased was a woman who lived in Metro Colony in Sarita Vihar area.

"She was admitted to Holy Family Hospital on September 20 in late stage of the disease (dengue), with a lowered SpO2 level. Few days later, her condition deteriorated and she was shifted to an ICU. Despite best attempts by the hospital, she could not be saved, and was declared dead on September 26 at 8:05 pm," according to her death summary shared by the South Delhi Municipal Corporation.

The public health department of the SDMC has taken vector-control measures in the Metro Colony area, and the locality has been kept "under surveillance by field staff".

A total of 1,072 cases and one death was logged in the entire year in 2020, according to the report released by the South Delhi Municipal Corporation, the nodal agency for tabulating data on vector-borne diseases in the city.

The 382 cases reported in October till date are by far the highest number of cases recorded in a month this year.

In September this season, 217 cases were logged, the highest count for the month in the last three years.

Cases of vector-borne diseases are usually reported between July and November but the period may stretch till mid-December.

According to the civic report, 142 cases of malaria and 69 cases of chikungunya have also been reported till October 16 this year in Delhi.

Malaria, dengue and chikungunya are accompanied with high fever and therefore, doctors feel that people might suspect that they have contracted COVID-19.

Civic bodies in Delhi have intensified measures to prevent outbreak of vector-borne diseases.

The East Delhi Municipal Corporation on Sunday had said that a new anti-dengue awareness campaign via radio stations will be set in motion from Monday.

The North Delhi Municipal Corporation had run an intensive week-long campaign from October 2-7 to keep vector-borne diseases under control. (With PTI inputs)