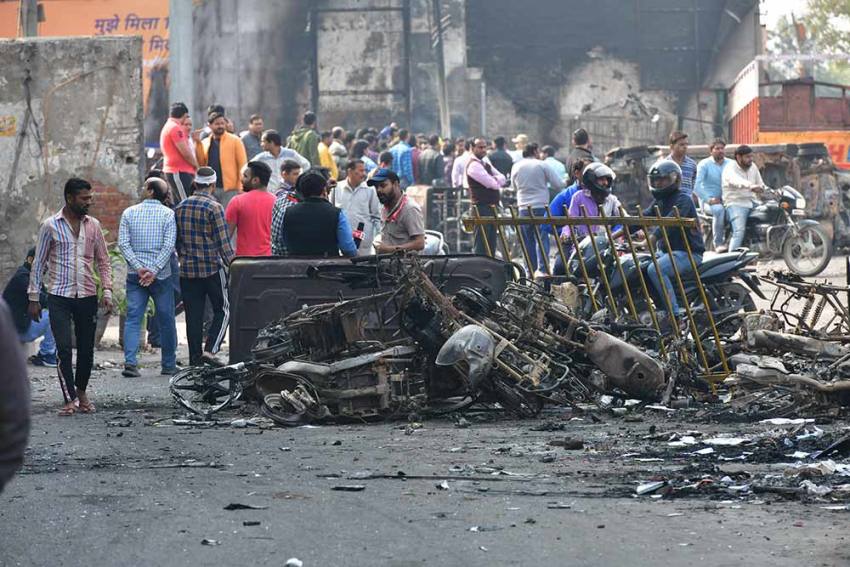 “These violations include Delhi police officers indulging in violence with the rioters; torturing in custody; using excessive force on protesters; dismantling protest sites used by peaceful protesters and being mute bystanders as rioters wreaked havoc,” says the almost 10,000 word report on the investigation released Friday.
Titled "Six Months Since Delhi Riots, Delhi Police Continue To Enjoy Impunity Despite Evidence Of Human Rights Violations” , the report says that “As the Delhi police investigate who is responsible for the riots, there have been no investigations till now into the human rights violations committed by the Delhi police during the riots.”

NEWS: The @DelhiPolice personnel were complicit & an active participant in the #DelhiRiots. In the last 6 months not a single investigation has been opened into the human rights violations committed by the Delhi police -before, during & after the violence. https://t.co/mD9xnZp20A

The riots were sparked after protests against the Citizenship Amendment Act spiralled into violent clashes incited by virulent speeches by political leaders. Amnesty International India has called for the repeal of CAA, describing it as a “bigoted law that discriminates on the basis of religion. The law is specifically exclusionary towards Muslims.”
According to the report, in the build-up to the Legislative Assembly elections in Delhi which were held on 8 February 2020, several political leaders made hateful speeches against the anti-CAA protesters demonising them as ‘anti-nationals’ and inciting violence against them in their election rallies. These speeches were followed by violence on university campuses against those protesting the CAA. Even after the Delhi elections, the hate speeches continued followed by widespread violence in the North-East district of Delhi, the report said.
Earlier, on 27 January, Union Home Minister Amit Shah, in an election rally asked the audience to “press the (election voting machine) button with such anger that the current is felt at Shaheen Bagh,” which had become the epicentre of the anti-CAA protests in the country.
After noting that the “vast majority of individuals Amnesty International India spoke to said that the police did not respond to the multiple calls that were made to 100 – police’s emergency helpline number,” it says that Interviews of riot survivors show the common response from the police when the victims tried calling was “Ye lo Azaadi (Take your Freedom)”, evidently a response to the popular slogan of ‘Hum Kya Chahte? Azaadi (We want freedom)’ used by protesters.
“We called the 100-emergency number so many times but not even once did anyone answer. When they did answer our phone they said, "you wanted Azaadi (freedom), here take your Azaadi now,” it quoted Shahida, a riot survivor who saw rioters setting mosques on fire and throwing bottles inside people’s homes to set them ablaze, as saying.
“The riot that seemed far from spontaneous saw almost three times the number of Muslim casualties compared to Hindus. Muslims also bore the brunt of loss of business and property. The percentage may be lower but establishments and homes owned by Hindus were not left completely untouched,” the report claimed.
Claiming that the investigation “reveals a pattern of human rights violations and rampant impunity,” The report quoted Avinash Kumar, Executive Director of Amnesty International India, as saying that the “ongoing state-sponsored impunity that the Delhi police enjoy sends across the message that the police can commit grave human rights violations and evade accountability. They are a law unto themselves.”