Umar Khalid has been arrested by the special cell of the Delhi Police. The arrest was made late on Sunday night. Khalid has been charged under the Unlawful Activities (Prevention) Act. 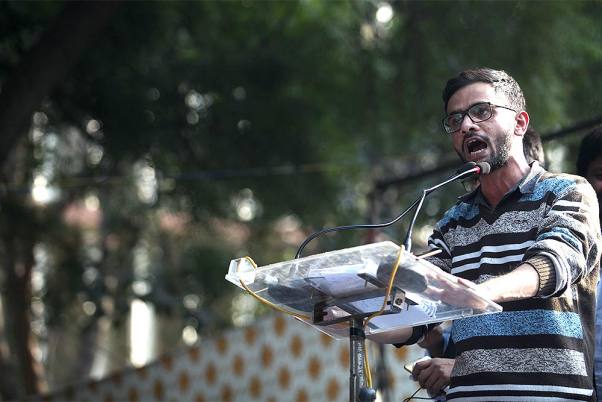 Former Jawaharlal Nehru University (JNU) student leader Umar Khalid was arrested late on Sunday night under the Unlawful Activities (Prevention) Act (UAPA) for his alleged role in the northeast Delhi riots, sources said. He was arrested by the special cell of the Delhi police after 11 hours of interrogation.

Khalid was presented before Additional Sessions Judge Amitabh Rawat through video conferencing. In the FIR filed against Khalid, Delhi Police has claimed that the communal violence that took place during the riots was a "premeditated conspiracy", allegedly carried out by Khalid and two others. The trio have also been booked for offences of sedition, murder, attempt to murder, promoting enmity between different groups on grounds of religion and rioting.

He was earlier booked under the stringent Unlawful Activities (Prevention) Act (UAPA) in another case also related to the riots. Prior to this Khalid was questioned by the Delhi Police Crime Branch on September 2, in connection with the communal riots that broke out in North-East Delhi in February this year. According to reports, his mobile phone has been seized by the police.

Delhi Riots 2020: Court Rules In Favour Of Delhi Police To Continue Investigation Even After Filing Chargesheet

The Delhi Police on Sunday said it was investigating the role of all individuals who allegedly took part in the riots and whom it suspected to be a part of a larger conspiracy in organising violence in the northeast Delhi and inciting communal passion and hatred amongst communities, an official statement said. According to the force,  751 FIRs have been registered in connection with the riots cases so far.

Police authorities have claimed that investigation has been finalised in most of the important cases and the chargesheets have been submitted in the court for trial.

So far, 1,575 people have been arrested, out of which 1,153 accused have been charge-sheeted, with 250 chargesheets having been filed so far. Numerous human rights groups have accused the Delhi Police of carrying out a biased investigation.