Delhi Riots 2020: Court Rules In Favour Of Delhi Police To Continue Investigation Even After Filing Chargesheet

The Karkardooma Court dismisses an application filed by the accused persons, allowing Delhi Police to carry out investigation post filing of chargesheet. Court says, “riot cases cannot be equated with other cases,” 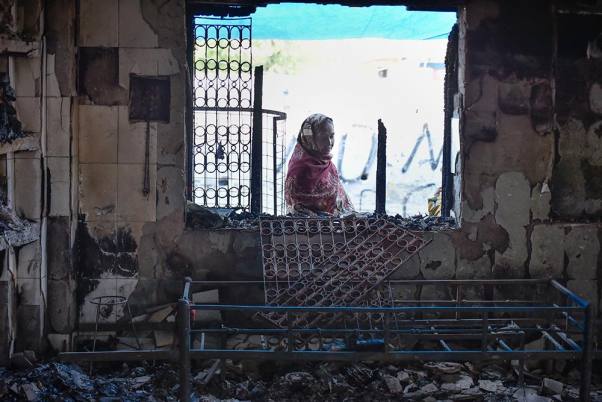 The Karkardooma Court has ruled in favour of the Delhi Police in the ongoing murder investigation case of Delhi Police Head Constable Ratan Lal, who was killed during the Delhi Riots in February this year. The court has held that even after filing supplementary chargesheets, Delhi Police can carry out further investigation, if new evidence surfaces.

“In my considered opinion, the riot cases cannot be equated with other criminal cases where the accused and victims stand clearly identified and the police just has to collect evidence against the accused,” Additional Sessions Judge Vinod Yadav said.

Six out of the eighteen accused in the murder case of Delhi Police Head Constable Ratan Lal had filed an application and pleaded the court to ask the Investigating Officer (IO) if the chargesheet in their cases were complete or if investigation were to continue. Out of the eighteen accused persons, seventeen are in judicial custody while one, is currently out on bail and has filed an application for its extension. Lal was killed on February 24 in Chand Bagh area while on duty.

Delhi Riots 2020: How A Muslim Youth Helped Disabled Hindu Couple Get Life Back On Track

Lawyer Mehmood Pracha, appearing for the accused persons, alleged that the IO had already filed a chargesheet on June 8. Pracha said that when he highlighted the lacuna in the chargesheet while arguing for his clients’ bail, the IO filed two supplementary chargesheets after that to plug the lacuna in the case. He said that it proved the IO had not concluded the investigation at the time of filing the first chargesheet. “The prosecution has evidently made an attempt to cover up the holes, by filing of supplementary chargesheets,” Pracha argued.

Pracha further said that his clients are “stuck between the devil and the deep sea” and it has “left them facing a choice between either suffering continued incarceration or risk allowing the investigating agency to cover up the lacunas by pointing out the shortcomings in the chargesheets. He also alleged that the investigating agency was “acting in an extremely partial and biased manner.”

Amit Prasad, who appeared for the Delhi Police as a Special Public Prosecutor, opposed Pracha’s contention and said that there is no provision in law under which an accused can file such an application to find out whether the investigation is complete or not.

After hearing both the parties, the court dismissed the application of the accused persons. The court added that in riot cases, the police has to first obtain CCTV footage or video footage of the incident and then identify the persons present at the scene of crime, which it claimed was a difficult task and hence ruled in favour of the Delhi Police carrying out further investigation.

“I am also conscious of the fact that immediately after the riots, the Covid-19 pandemic spread across the country including in the NCR region and the police administration was asked to join the Covid-19 management in addition to maintaining law and order and investigating the riot cases,” the court said.

“Therefore, one can really not say as to whether the police loses its right to further investigate the matter or to continue to investigate the unidentified rioters. This court cannot permit a roving/fishing inquiry during the judicial proceedings in this matter as sought to be done through this application,” the court added.