The Delhi Police said Asif Iqbal Tanha was part of a 'preplanned, multi-layered and deep-rooted conspiracy' to cause communal riots in Delhi. 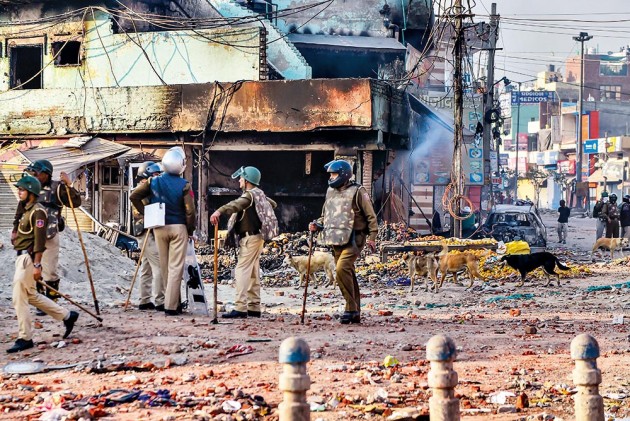 A Delhi court has refused to grant bail to Asif Iqbal Tanha, a student of Jamia Millia Islamia, in a case related to the communal violence in northeast Delhi in February.

Considering that there are statements of witnesses highlighting the role of Tanha along with many others, Additional Session Judge Amitabh Rawat said, “I have no hesitation to hold that there are reasonable grounds for believing that accusation against accused are prima facie true...”

Tanha is a third-year student of BA (Persian language) and was first arrested on May 18 for his alleged role in violence on December 13 to December 15 in Jamia Millia Islamia. Since he was under judicial custody till May 31, the Delhi Police booked him in the case of conspiracy to cause riots and rearrested him on May 19.

Tanha’s lawyer Siddharth Aggarwal told the Karkardooma court that he was innocent and the Unlawful Activities (Prevention) Act against him was wrongly invoked as Tanha had no association with any terrorist organisation.

He said the Student Islamic Organization (SIO) or Jamia Coordination Committee (JCC), ever since its creation, has never been banned. He further argued that any protest against the CAA-NRC is constitutionally valid.

He informed the court that Tanha was granted bail in Jamia violence case and the Delhi Police hasn’t challenged the order.

“It was also submitted that the accused was not a member of JCC WhatsApp group untill 24.02.2020 and, therefore, the messages on 23.02.2020 are not relevant to him. Moreover, providing SIM card to Safoora Zargar is denied and is not a material help and is not the basis of claim for conspiracy and acquiring the SIM card is not a big deal,” Aggarwal argued.

“There has been no recovery of money trail and no payment has been ascribed to the accused from any objectionable source. The accused was not present at Jafrabad Metro Station. The accused has no connection with the Bhim Army. His premises were not searched. There is no evidence collected against the accused. No incriminating material or arms or ammunition was recovered from him,” he added while praying for bail.

On the other hand, Amit Prasad, Special Public Prosecutor, appearing for the Delhi Police, argued that provisions of UA(P) Act 1967, have been rightly attracted to the present case as the accused is a part of “preplanned, multi-layered and deep-rooted conspiracy” to cause communal riots.

“As has been correctly stated by the Ld. Special Public Prosecutor, there are statements of protected witnesses under Section 161 CrP.C& 164 C.P.C. The said statements do reflect role of many accused persons including accused Asif lqbal Tanha regarding the protest sites and how everything was being planned,” the judge said.