On July 13, Additional Sessions Judge Vinod Yadav of Delhi's Karkardooma court said that the police has "miserably failed" to carry out their statutory duties in the case and called the investigation "callous". 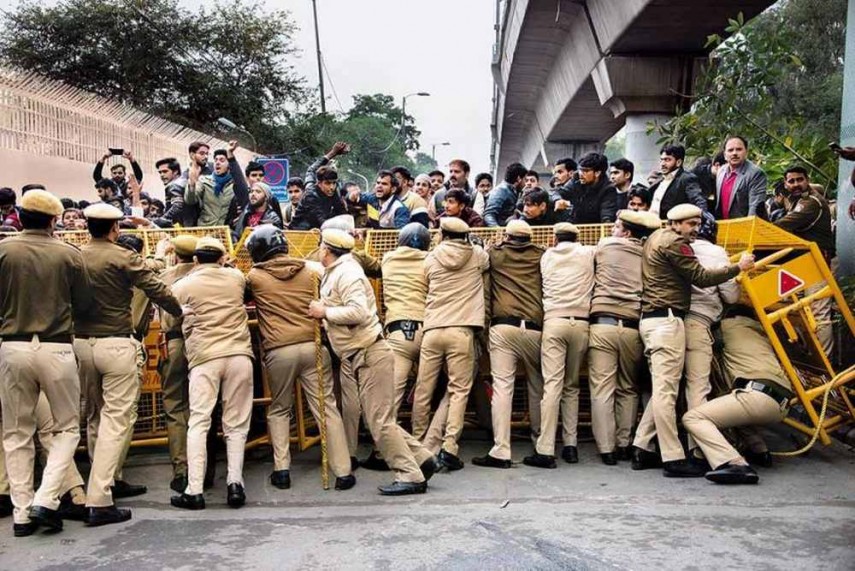 Delhi Police has been slapped with a Rs 25,000 fine by a Delhi Court for its "callous" investigation of cases related to the Northeast Delhi riots that took place last year.

The fine came in response to a revision petition filed by Delhi Police against a court order directing to register an FIR based on the complaint of  Ghonda resident Mohammad Nasir who lost an eye during the course of the riots that broke out in North East Delhi February last year.

On July 13, Additional Sessions Judge Vinod Yadav of Delhi's Karkardooma court in a strongly worded judgement said that the Delhi Police has "miserably failed" to carry out their statutory duties in the case and called the investigation "callous".

The fine was slapped on Bhajanpura Police Station House Officer and fellow supervising officer and the Court has also ordered the Commissioner of Police to inform him about the matter.  The latter has been asked to take remedial action.

In its order, the court said that it did not find "any merit" in the revision petition filed by Bhajanpura SHO. The fine has to be deposited with  Delhi Legal Services Authority by DCP (NorthEast) within a week of the order. It is to be paid by the SHO and supervising officers who, the judge said, had "miserably failed in their statutory duties in this case after holding a due inquiry in this regard.

The order came even as the Delhi High Court on Tuesday fixed August 6 to hear pleas filed by former AAP councillor Tahir Hussain seeking bail in two cases lodged by Delhi Police against him in connection with the riots.

The FIRs were registered at police station Dayalpur in connection with two cases of gunshot injuries sustained by two men during the widespread riots in the city's northeast area in February last year.

Hussain has been booked for offences under the Indian Penal Code, including an attempt to murder and rioting, and Arms Act.