Raising doubts about the impartiality of the probe, the CPI said the investigation by the Delhi Police is a 'conspiracy' aimed at criminalising those who speak against human rights violations and injustice, rather than catching the real perpetrators of the violence. 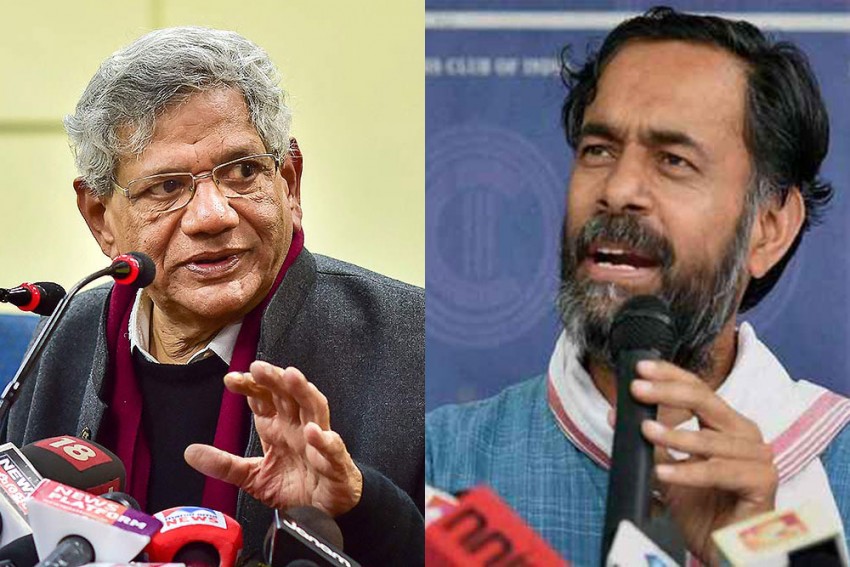 The CPI on Thursday accused the Delhi Police of "trying to frame" in the February riots cases political leaders and activists who are critical of the "anti-people policies" of the BJP-led government.

Some of those named have also been charged with -- based on the statements of three students already arrested in the case -- asking the protesters to go to "any extreme", spreading "discontent" in the community by calling CAA and proposed National Register of Citizens (NRC) anti-Muslim, and organising demonstrations to "malign the image of Government of India".

"The peaceful and democratic protests against the CAA were a legitimate, constitutional expression of people's dissent against the law and it was the effectiveness of the protests that shook the BJP which is now attempting to portray the protests as a conspiracy to cause riots in North-East Delhi," it said.

The CPI said, "It is indeed shocking that the Delhi Police is trying to frame political leaders and activists who are critics of the anti-people policies and programs of the current regime."

"The investigation by the Delhi Police itself is a conspiracy and is aimed at criminalising those who speak against human rights violations and injustice, rather than catching the real perpetrators of the violence," it said.

"All these people extended solidarity with the peaceful protests led by Muslim women and now this is being twisted into a grand conspiracy," the statement said.

"In contrast, the glaring absence in the charge sheets on the role of leaders associated with the BJP, who gave inflammatory speeches, is unmissable," it said.

"The CPI along with other opposition parties had even given a memorandum to the President of India highlighting these concerns and had asked for the institution of an enquiry into this investigation under the Commission of Inquiry Act, 1952, headed by sitting/retired judge(s)," it added.

Earlier, the Delhi Police had said the names were part of the disclosure statement of the accused which were recorded "truthfully".

The riots in North East district between February 23 and 26 claimed 53 lives and left 581 injured, 97 of them with gunshot wounds.