Almost all the accused of Delhi riots are facing discrimination in jail, either by authorities or inmates, Jahan's advocate said in court 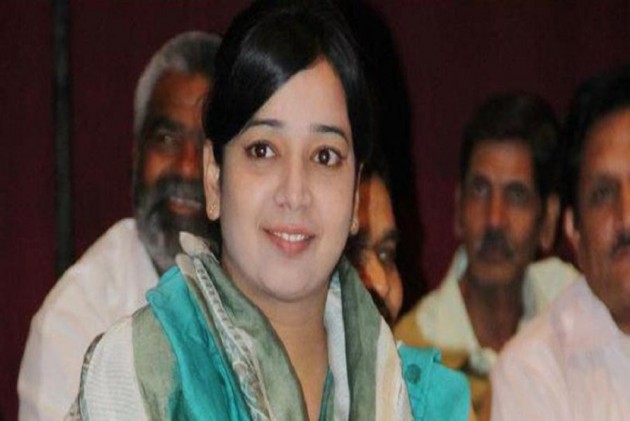 Former Congress Councillor Ishrat Jahan, arrested under the stringent Unlawful Activities (Prevention) Act in a north-east Delhi riots case, alleged before a court here on Tuesday that she was beaten badly by inmates at Mandoli jail and was continuously facing harassment in prison.

Additional Sessions Judge Amitabh Rawat directed the jail authorities to take immediate steps to ensure Jahan's security and ensure that she was not harassed further for bringing her complaints before the court.

The court sought a detailed report from the prison authorities on Wednesday on the steps that have been taken to address the issue and to also state if shifting to her to another jail was required.

When the judge asked the Assistant Superintendent of Mandoli jail whether such an incident has occurred, she confirmed it and said necessary steps have been taken.

To this the judge told the jail official, “She (Jahan) seems to be in a state of utter fear. Please talk to her immediately and understand the situation. File a detailed report about the steps taken to allay her apprehension and her fear.

It also directed the prison authorities to produce her before the court on Wednesday through video conferencing.

While making the submissions directly to the court, Jahan said it was the second incident within one month and was under immense stress due to the continuous harassment, physically and verbally.

“This is the second incident in a month. In the morning today at 6:30 am, they (inmates) beat me badly and abused me verbally. One of the inmates even slit her hand so that I am punished on a false complaint. Fortunately, the jail officials did not listen to them. I have given a written complaint also. They keep calling me a terrorist. They also demanded money from me in the canteen,” Jahan alleged.

She further alleged that she has been facing harassment in jail for the past four months and had requested to be shifted to Tihar prison but it was refused due to the current Covid-19 pandemic.

Advocate Pradeep Teotia, appearing for Jahan, further alleged that previously also she was beaten up by her inmates, following which one of the inmates was shifted to another jail.

“One of the inmates beat her up badly previously. A complaint was filed before the Deputy Superintendent and that inmate was shifted to another jail. There are two ladies in her prison cell who beat her up today. While she was offering her morning prayers, they objected to it and started abusing her and beating her,” Teotia alleged.

Advocate Misbah Bin Tariq, who was also present at the hearing, requested the court to take immediate action and view her situation with urgency as Jahan was a member of the advocates' Bar.

Jahan further said she was suffering from some medical condition for which she has not been taken to a hospital nor any tests conducted.

Advocate Rizwan, appearing for co-accused and suspended AAP Councillor Tahir Hussain, claimed that most of the accused in the north-east Delhi riots cases were facing discrimination in prison, either by the inmates or jail authorities.

He further alleged that the accused have been declared as “terrorists” before the conclusion of the trial.

“Almost all the accused are facing discrimination in jail. They have been declared as terrorists before conclusion of the trial. Jail authorities behave adversely with them. Proper monitoring by the court is important in the cases, specially the conspiracy case in which the accused have been booked under the UAP Act,” he said.

To this, the Judge said, “An accused is an accused, not a convict.”

Another accused in the case, Jamia Millia Islamia student Asif Iqbal Tanha, claimed that his family members have been trying to meet him through video conferencing but their requests have not been approved.

Tanha also alleged that he has been repeatedly called “terrorists” in prison.

Tanha's counsel, advocate Sowjhanya Shankaran, said previously when several of the accused had said they have been given basic things in prison, the court had sought a report from the jail authorities but the report has not come yet.

The judge had on November 3 said he would go and inspect the situation physically if things did not improve. But since all the grievances were taken care of by the jail authorities, the judge did not go for a physical inspection.

Co-accused Umar Khalid told the court that even after a month, a soft copy of the charge sheet had not been supplied to him.

The judge asked his counsel to move an application before the Tihar prison authorities, where Khalid is lodged, to allow access to the soft copy.

The court has put up the matter for further hearing on January 5.

Communal violence had broken out in northeast Delhi on February 24 after clashes between Citizenship (Amendment) Act supporters and its protesters spiralled out of control leaving at least 53 people dead and around 200 injured.