The police said in the FIR that the two Jamia Millia Islamia students had hatched a conspiracy to incite the communal riots in the national capital in February. 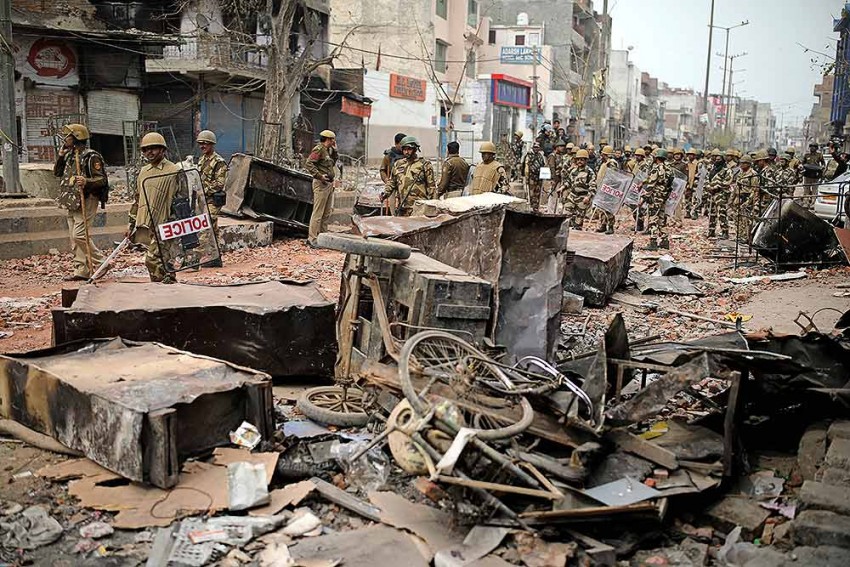 The police said in the FIR that Haider and Zargar had hatched a conspiracy to incite the communal riots in February. The two students have been arrested and are in judicial custody. While Zargar is the media coordinator of the Jamia Coordination Committee, Haider is a member of the committee.

The police have also booked Jawaharlal Nehru University student leader Umar Khalid under the UAPA in the case, said advocate Akram Khan who is representing Haider.

Haider (35) is a PhD student and the president of RJD youth wing's Delhi unit, while Zargar is an MPhil student of Jamia Millia Islamia (JMI).

In the FIR, the police also claimed that the communal violence was a "premeditated conspiracy" which was allegedly hatched by Khalid and two others.

The students have also been booked for the offences of sedition, murder, attempt to murder,  promoting enmity between different groups on grounds of religion and rioting.

Khalid had allegedly given provocative speeches at two different places and appealed to the citizens to come out on streets and block the roads during the visit of US President Donald Trump to spread propaganda at the international level about how minorities in India are being, the FIR alleged.

In this conspiracy, firearms, petrol bombs, acid bottles and stones were collected at numerous homes, the FIR claimed.

Co-accused Danish was given the responsibility to gather people from two different places to take part in the riots, the police alleged.

Over 20 film personalities, including Anurag Kashyap, Vishal Bhardwaj, Mahesh Bhatt and Ratna Pathak Shah on Sunday had released a statement raising their voice against the arrest of the students and activists by Delhi Police for protesting against the Citizenship (Amendment) Act and demanded their release.

Following this, the police had said investigations into the JMI violence and northeast Delhi riot cases were done impartially, and arrests were made after analysis of forensic evidence.

In December last year, the police had entered the JMI campus after protests over the CAA, being held a few metres away from the varsity, turned violent.

Rajya Sabha MP and RJD leader Manoj Jha had tweeted, "Delhi Police called him for investigation and then received orders from above and arrested Meeran Haider, who has been helping people during the time of coronavirus outbreak."

The Jamia Coordination Committee (JCC), a group comprising students and alumni from the varsity, had condemned the arrest and demanded his immediate release.

"The country is facing a massive health crisis, however, the state machinery is busy harassing and framing student activists in false cases to suppress voices of dissent," they said.

The JCC said Haider was diligently working to provide ration to the needy during the lockdown. Communal clashes had broken out in northeast Delhi on February 24 after violence between citizenship law supporters and protesters spiralled out of control leaving at least 53 people dead and around 200 injured.