The national capital received 112.1 mm rainfall in the 24 hours ending 8:30 am on Wednesday, the highest in at least 12 years. 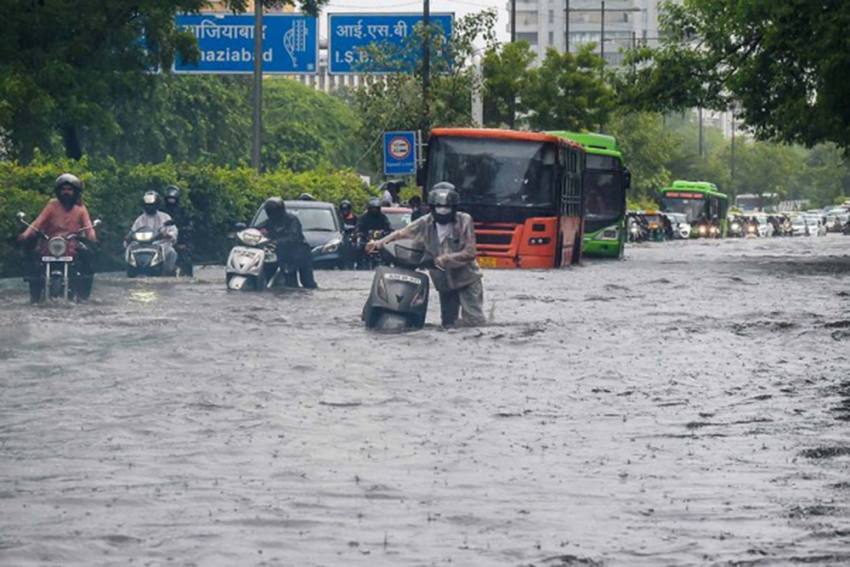 The India Meteorological Department said more rainfall is likely during the day.

Officials at the IMD said the Safdarjung Observatory, considered the official marker for the city, gauged 112.1 mm rainfall in the 24 hours ending 8:30 am on Wednesday, the highest in at least 12 years. In 2010, the capital had recorded 110 mm rainfall on September 20.

On Tuesday, Delhi gauged 84 mm rainfall in just six hours -- between 8:30 am and 2:30 pm -- that flooded roads and led to massive traffic snarls on key stretches such as ITO, Ring Road near IP Estate flyover, Dhaula Kuan, and Rohtak road.

At 6 am on Wednesday, the IMD issued an alert for "one or two spells of moderate rain" and "heavy rain at isolated places" in Delhi-NCR.

Between 5:30 am and 8:30 am, the Safdarjung Observatory received 28 mm rainfall, officials said.

The weather department said the rain could "flood low-lying areas and streets and disrupt the traffic flow on major roads".

The Delhi Traffic Police issued an advisory against traffic obstruction at the Azad Market Subway going towards Pratap Nagar due to the heavy waterlogging at the road.

It said the Zakhira underpass was also closed due to waterlogging.