The reason why the meeting was not held in New Delhi, where it was originally planned before the Pulwama terror attack was to send a clear message to Pakistan that there was no bilateral dialogue taking place between both countries in the present situation. 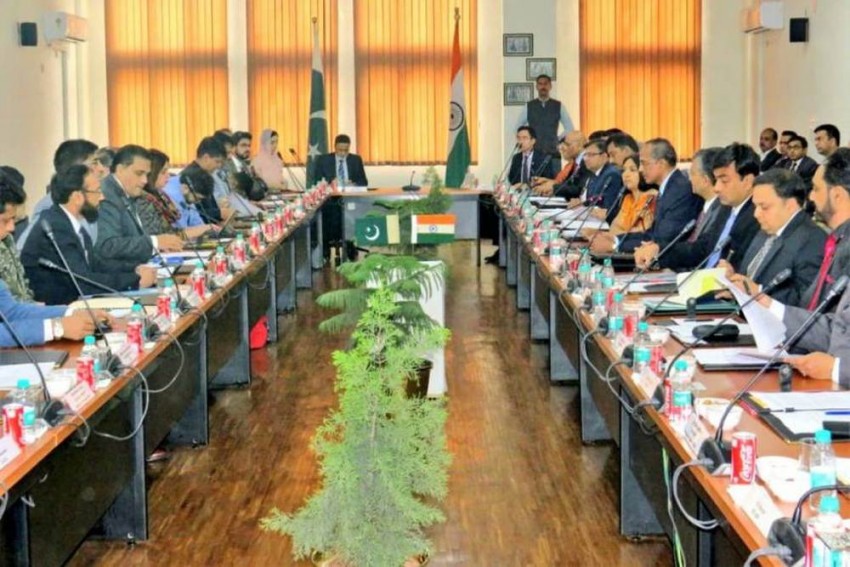 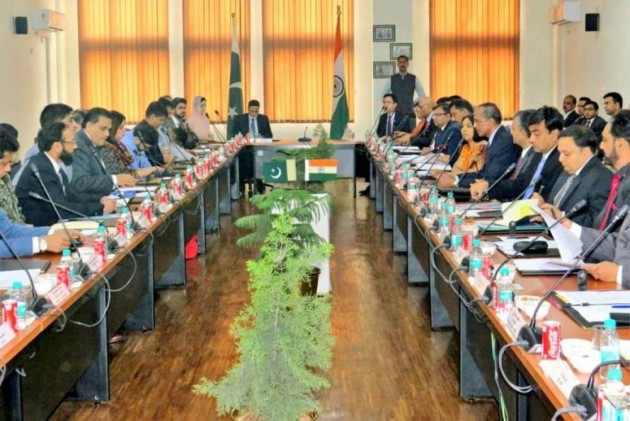 Sending a clear message to Pakistan that there would be no resumption of bilateral dialogue till support to terrorism from that country continued, senior Indian officials on Thursday did not even shake hands with their Pakistani counterparts during the first round of meeting between both sides on the Kartarpur Corridor project.

Sources privy to the meeting, held at the joint check-post conference hall in Attari, said that the meeting was held in a "very professional and businesslike manner".

"There were no handshakes. I did Namaste. That's all," Ministry of Home Affairs (MHA) joint secretary S.C.L. Das, who led the Indian delegation at the first round of talks, said.

Refuting reports that the Pakistani delegation was rolled out a "red carpet", Das said: "We made the context very clear. It was a very focussed, professional and businesslike meeting."

He said the reason why the meeting was not held in New Delhi, where it was originally planned before the February 14 Pulwama terror attack took place in which 40 CRPF troopers lost their lives, was to send a clear message that there was no bilateral dialogue taking place between both countries in the present situation.

"That is the very reason that we did not have the talks in New Delhi. We wanted to send a clear signal that this is not a resumption of bilateral talks and normalisation of relations," Das said.

He said the meeting was held to discuss only the Kartarpur Corridor project.

"We also want to show our maturity and our sensitivity to our own people (on the Kartarpur issue). Here is an auspicious and historical occasion. It would reflect very differently on our government if we are not to honour the sentiments of the people," he added.

"That's why we have drawn a very clear distinction line. The message was very loud and clear. The meeting was not held at New Delhi. We have come down here bang at the border," Das said.

"There were no informal interactions today. No handshakes, we just had a working lunch (during which the meeting continued). I don't see where the red carpet was. The only focus being that we would like to actualise the Kartarpur Corridor project," he said.

"We would like to emphasize from the Indian government's side that this in no way signifies the normalisation of relations and we have made that amply clear in various ways...directly and also indirectly," Das pointed out.

Officials attending the meeting said that other concerns raised with the 20-member Pakistan delegation included activities of pro-Khalistan activists once the pilgrims start visiting the Kartarpur Sahib gurdwara.

Regarding possible security issues for Indian pilgrims on the proposed Corridor, Das said: "Security is a seamless concept. We have planned with our agencies in a very safe and foolproof manner so far as security of pilgrims and transfer through a sanitized corridor is concerned.

"Any potential misuse once they land up inside the premises of the gurdwara..we have engaged them in detail. We are very acutely conscious of this aspect."

"We have very strong views on this. This was formally part of our agenda and the draft agreement prepared by us says that this shall be subject their desisting from such activities and we are trying to provide for an escalation mechanism should such a thing still happen.

"It is inbuilt in that agreement that the escalation mechanism will take over. We will have a way to address those things," he added.

India has also demanded that Pakistan should allow consular access for pilgrims going to Kartarpur.

"It is not part of the 1974 agreement (on religious jathas going to shrines in Pakistan). We want consular access to the pilgrims," Das said, adding the Pakistan side has said they will revert on the issues raised.