The elderly woman was badly injured in east Delhi's Ghazipur area after the 56-year-old Delhi Police sub-inspector Yogendra hit her with his car and then ran her over. 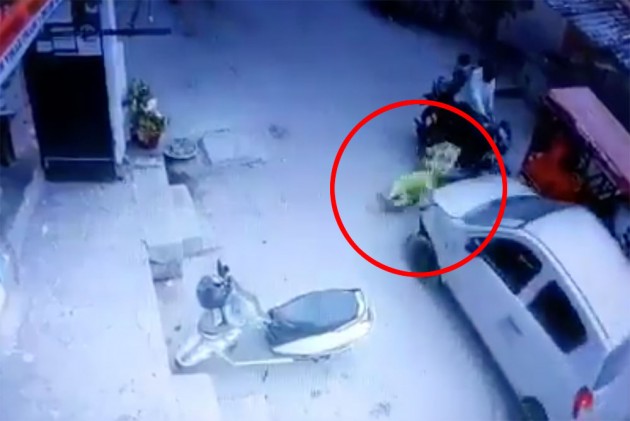 A sub-inspector of Delhi Police has been arrested for running over an elderly woman while speeding his car and seriously injuring her, NDTV reported.

The elderly woman was badly injured in east Delhi's Ghazipur area after the 56-year-old Delhi Police sub-inspector Yogendra hit her with his car and then ran her over, the police said.

Police has registered a case against the sub-inspector for rash driving and endangering human life through such act, according to NDTV.

A disturbing CCTV footage shows the car, which hit the woman, carrying her on its bonnet till she falls on the road. As the car briefly stops, people standing around try to help the woman, and right then, the car starts again and runs her over before speeding away.

The woman can then be seen lying on the road, her arms reaching out for help. Locals are seen rushing to help her.