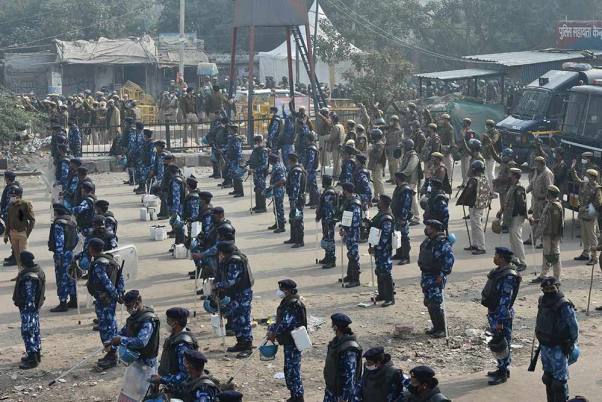 With farmers protesting against the new farm laws staying put at the national capital's gateways, the Delhi Traffic Police on Sunday advised people to take alternative routes for entering and exiting the city.

Thousands of farmers from Punjab, Haryana and other parts of the country have been camping at Delhi's borders for the past 10 days to demand a repeal of the agriculture reform laws.

The Delhi Traffic Police took to Twitter to inform commuters about alternative routes open for travelling to the neighbouring states of Uttar Pradesh and Haryana.

Ready To Address All Concerns: Govt To Farmers At Crucial Meeting

Five Rounds Of Talks, 'Maun Vrat' By Farmers Yield No Result, Next Meeting On Dec 9

It advised those commuting to Delhi to come via the DND instead of Noida Link road. Chilla border on Noida link road is closed for traffic from Noida to Delhi due to the farmers' protest near Gautam Budh Dwar.

Tikri and Jharoda borders are closed for traffic movement but Badusarai border is open only for light motor vehicle like cars and two wheelers, it said.

The government is holding talks with farmers, who have called for a 'Bharat Bandh' on December 8 and threatened to occupy toll plazas.