The Supreme Court on Thursday delivered a split verdict on the contentious issue of control of services in the National Capital Territory in the tussle between the Delhi government and the Centre and referred the matter to a larger bench. 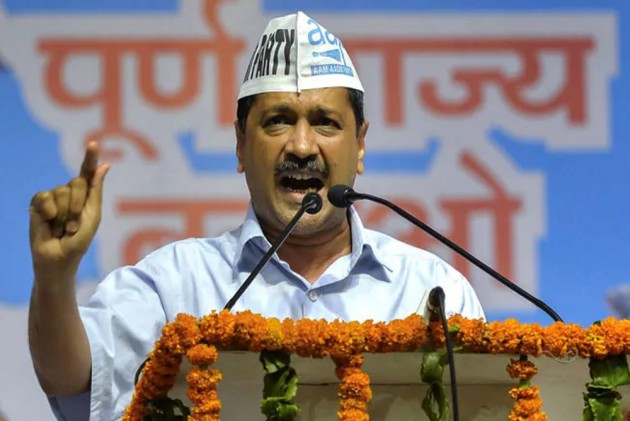 Claiming the Supreme Court's split verdict on the contentious issue of control of services in the National Capital Territory is against "Constitution and democracy", Chief Minister Arvind Kejriwal on Thursday said that the Aam Aadmi Party (AAP) government will seek legal remedies.

Addressing a press conference after the apex court order, he alleged that the BJP-led central government is creating hurdles in the functioning of the AAP dispensation.

"The judgment is against constitution and democracy. We will seek legal remedies," Kejriwal said, adding it was "injustice to the people" of Delhi.

The Supreme Court on Thursday delivered a split verdict on the contentious issue of control of services in the National Capital Territory in the tussle between the Delhi government and the Centre and referred the matter to a larger bench.

A two-judge bench comprising Justices A K Sikri and Ashok Bhushan, however, agreed on disputes pertaining to the anti-corruption branch, setting up of a commission of inquiry, control over electricity boards, land revenue matters and appointment of public prosecutors.

"The Centre alone will control the Anti-Corruption Bureau and can only pass orders under the Commission of Inquiry Act," the apex court said.

The bench also said that the Delhi government will have the powers to appoint a Special Public Prosecutor, and decide the minimum rate of the agricultural land in the national capital. The power to regulate electricity will also rest with the Delhi government.

The top court also said that instead of the LG, Delhi government will have the right to appoint public prosecutors or law officers.

A bench of justices A K Sikri and Ashok Bhushan had on November 1 last year reserved its verdict on the petitions challenging the notifications issued by the Centre and the Delhi government.

During the hearings, the Centre had told the apex court that the Lieutenant Governor (LG) has the power to regulate services in Delhi.

The powers are delegated to the administrator of Delhi and the services can be administered through him, it had said.

The Centre also said that unless the President of India expressly directs, the LG, who is the administrator of Delhi, cannot consult the Chief Minister or the Council of Ministers.

On October 4, last year, the Delhi government had told the apex court that it wanted its petitions relating to governance of the national capital be heard soon as it did not want the "stalemate to continue in the administration".

The Delhi government had told the top court that it wanted to know where it stands with regard to the administration in view of the Constitution bench verdict of the apex court on July 4.

The five-judge bench had on July 4 last year laid down broad parameters for governance of the national capital, which has witnessed a power struggle between the Centre and the Delhi government since the Aam Aadmi Party came to power in 2014.

In the landmark verdict, it had unanimously held that Delhi cannot be accorded the status of a state but clipped the powers of the Lieutenant Governor (LG), saying he has no "independent decision making power" and has to act on the aid and advice of the elected government.

On September 19, last year, the Centre had told the apex court that the administration of Delhi cannot be left to the Delhi government alone and emphasised that it has an "extraordinary" position by virtue of being the country's capital.

The Centre had told the court that a five-judge constitution bench of the apex court had categorically held that Delhi cannot be accorded the status of a state.

The Centre had contended that one of the basic issues was that whether the Government of the National Capital Territory of Delhi (GNCTD) has the legislative and executive powers so far as 'services' were concerned.

"Delhi has an extraordinary position as it is the capital of the country," it had said.

It said that the national capital houses several institutions of vital importance like Parliament and the Supreme Court and foreign diplomats also reside here.

Chief Minister Arvind Kejriwal has been at loggerheads with incumbent LG Anil Baijal and also his predecessor Najeeb Jung. Kejriwal has accused both of them of preventing the functioning of his government at the behest of the BJP-led central government.

(WIth inputs from PTI)