According to the Central Pollution Control Board, New Delhi recorded a 24-hour average air quality index (AQI) of 314. It was 303 on Tuesday and 281 on Monday. 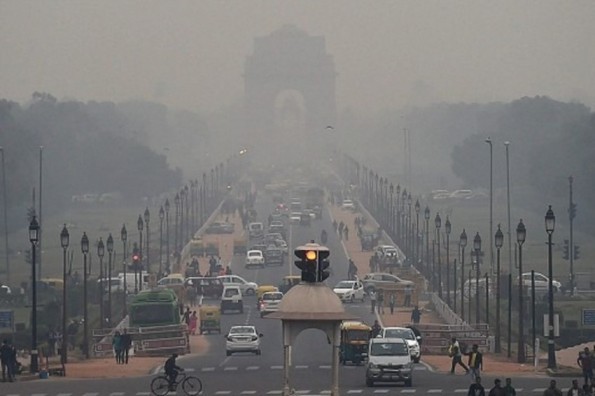 The air quality of national capital New Delhi continued to remain “very poor” for the second consecutive day on Wednesday.

The “poor” air quality conditions will persist in New Delhi for next two days, even if no firecrackers are burst on Diwali, authorities said.

An official from the India Meteorological Department said model predictions do not indicate the AQI reaching the 'severe' category "even with higher emissions".

According to the Central Pollution Control Board, the capital recorded a 24-hour average air quality index (AQI) of 314. It was 303 on Tuesday and 281 on Monday.

It is likely to increase to 20 per cent on Thursday and further to 35 to 40 per cent on Friday and Saturday with the wind direction changing to northwest, it said.

Under a zero firecracker emission scenario, Delhi's PM2.5 concentration is predicted to be in the upper end of the 'very poor' category from November 4 to November 6.

"However, even if we consider 50 per cent of firecracker load of 2019, the AQI is predicted to degrade to the 'severe' category during the period," SAFAR said.