Delhi's Air Quality Dips, To Deteriorate Further In Next 2 Days

Pollution levels increased in Delhi on Thursday, with the city’s air quality slipping into the ‘very poor’ category. 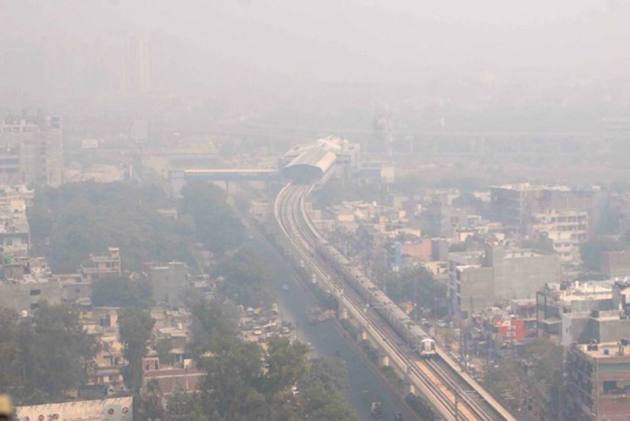 Pollution levels in the national capital dropped to the “very poor” category on Thursday evening and the city’s air quality is likely to worsen in the coming two days, government agencies said.

Delhi's Air Quality Index (AQI) has been recorded at 302, which falls under the “very poor” category. The India Meteorological Department (IMD) has forecast further deterioration in air quality with increase in PM 10 and PM 2.5 pollutants.

Air Pollution Killed Over One Lakh Infants In First Month Of LIfe In 2019: Study

"Air quality will deteriorate during the next two days till October 24. There are factors other than farm fires which are worsening the air quality, such as vehicular pollution and waste burning. PM 2.5 will increase and PM 10, which is now in “poor” category, will fall under the “very poor” category by October 24," Additional Director General of IMD Anand Sharma told PTI.

The Ministry of Earth Sciences' air quality monitor SAFAR, said that an increase in stubble fire count was observed around Haryana, Punjab and neighbouring regions.

Though the Central Pollution Control Board (CPCB) and other agencies had predicted an improvement in air quality for Thursday, the AQI turned out to be worse than Wednesday. According to the CPCB, Delhi's AQI was in “poor” category on Thursday morning at 254 and it deteriorated to “very poor” at 302 by evening. The AQI was recorded as 256 on Wednesday. The 24-hour average AQI of Delhi was 223 on Tuesday and 244 the day before. The figures are based on data collected from 34 monitoring stations in the city.

The share of stubble burning in Delhi's PM2.5 level was nine per cent on Thursday, SAFAR said. Farm fire count around Haryana, Punjab and neighbouring regions stood at 849 on Tuesday and its share in Delhi's PM 2.5 pollution was 15 per cent on Wednesday.

The Delhi government has kick-started its 'Red Light On, Gaadi Off' anti-pollution campaign and has deployed 2,500 environment marshals at 100 traffic signals across the city to generate awareness and curb vehicular pollution. The drive will go on till November 15 from 8 am to 8 pm. It is an awareness drive organised by the Delhi government and no person will be issued challans, the government has said.