In the first week of June, Delhi started witnessing a rising number of cases and increasing deaths leading to panic among residents. Yet, a month later, each of these appears to have plateaued. 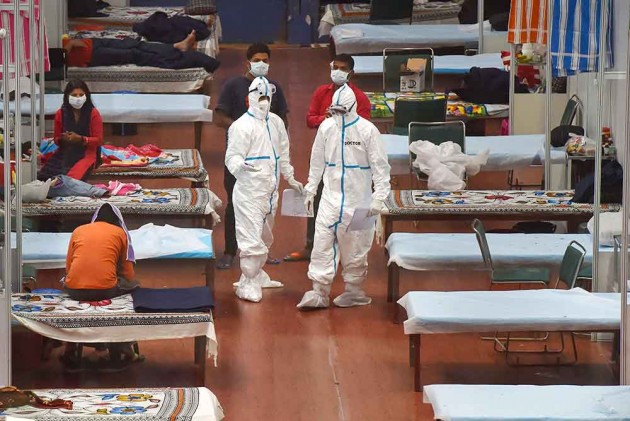 The COVID-19 pandemic is the largest public health crisis being faced by the modern world. Over the last few months, cities and countries have struggled to cope with this highly infectious virus. There are very few instances in the world where governments have managed to contain the spread successfully. Delhi has emerged as one of them.

In a Covid-19 review meeting on July 11, Prime Minister Narendra Modi praised the Delhi model, saying that concerted efforts of Centre, state and local authorities had helped contain the pandemic situation in the Capital. He said other states could adopt a similar approach in the National Capital Region (NCR).

In the first week of June, Delhi started witnessing a rising number of cases, increasing deaths and because of these, a rapidly rising panic engulfed the residents of Delhi. Yet, a month later, each of these appears to have plateaued.

“There are some positive steps that the Delhi government has taken, especially the new oximeter that can help reduce the load on hospitals, effectively containing the spread. Most of the positive steps have been around optimum hospital resource utilisation; this has been a core focus and has seen success,” said Ashwin Srivastava, co-founder, and CEO of Sapio Analytics.

So, here’s what Delhi has done in the last month to control the rising cases, deaths, and panic:

The Delhi Government says it aggressively promoted Home Isolation of COVID-positive patients who were asymptomatic or had mild symptoms. These constitute almost 80% of all COVID-positive cases. It ensured medical help and consultation for such patients. This meant that patients could recover in the comfort and emotional security of their homes. Well-known psychologist Dr Alok K Mishra says that if medical care is ensured in home isolation, it is one of the best strategies to fight against Covid-19. “Often patients under home isolation live in fear that what if his health situation deteriorates. This gives anxiety and his ailment further gets aggravated but if he gets medical care, he becomes confident and remains happy in a homely atmosphere.”

Providing oximeters to all patients in Home Isolation:

One of the causes of mortality in COVID is the reduction in oxygen levels in the blood, hypoxia. Unlike other ailments where this hypoxia is accompanied by breathlessness, in COVID, doctors witness a phenomenon of ‘Happy Hypoxia’, wherein a patient may have dangerously low levels of oxygen but may not have any awareness about it. Monitoring oxygen levels and having an accessible supply of oxygen were crucial to prevent the mortality of patients in Home Isolation. “Delhi Govt provided oximeters to all patients recovering in Home Isolation, so that they could monitor their oxygen levels to prevent any sudden falls. Delhi government purchased 59,600 oximeters and 58,974 are in use today by patients in home isolation,” Dr. Suresh Kumar, Director Lok Nayak Jai Prakash Narayan Hospital said.

Delhi followed a strategy of high testing from the very start. Though many experts said that Delhi should have tested more suspects, yet “even before the end of June, Delhi was testing more than any other state in India at about 10,500 tests per million on May 31,” Dr. Vikas Dogra, Pulmonologist, Rajiv Gandhi Super Specialty Hospital, said. He added, “From the first week of June, a strategy of aggressive testing was started, with a focus on areas that were becoming hotspots.”

In the first week of June, the Delhi government was conducting 5,500 tests per day. With the help of Centre’s support in providing antigen test kits, by mid-June, this figure stood at 11,000 tests per day and by the first week of July, at 21,000 tests per day. While increased testing  pushed up the number of cases, what it meant was that more COVID-positive patients were now being traced and isolated in a timely manner. With thousands of patients and their families being isolated every day, within a fortnight the success of this strategy was visible.

Increasing the number of beds in hospitals:

Real-time information on bed availability: Kejriwal government became the first in the country to launch ‘Delhi Corona App’ that displayed real-time availability of beds in every hospital of the city. There were hiccups in the first few days of App launch with some disparities in the numbers that hospital staff keyed into the App and the actual number of available beds. But as hospitals got into the rhythm of using the App, bed availability started being displayed on a real-time basis.

Increasing the strength of ambulances: Along with expanding the in-house fleet of ambulances, the state the government also collaborated with private ambulance providers and cab providers leveraging technology to coordinate dispatch and manage the performance of ambulances. “Starting with only 134 ambulances at the beginning of lockdown, Delhi government’s 102 CATS ambulance service currently operates a fleet of 602 vehicles, which includes 402 ambulances catering to both COVID and non-COVID cases, and 200 cabs that cater to non-emergency calls for ambulance service, example transfer of treated COVID patients back to their homes,” Dr Dogra said.

Setting up the first Plasma Bank in the country: In a first in the country, a ‘Plasma Bank’ has been set up by the Delhi government, so that patients can easily access convalescent plasma. An aggressive awareness campaign for plasma donation has been led by the chief minister himself to encourage recovered patients to come forward and donate their plasma.

Convalescent plasma has shown encouraging results across the world in preventing mortality amongst critical patients, as it provides the patient with antibodies to fight the virus. According to Dr Kumar, “Delhi was the first to start an experimental trial of plasma therapy in LNJP, the largest Delhi Government COVID-19 facility. The trial results were very encouraging.

Direct Public Engagement by the Chief Minister: Throughout the pandemic, the Delhi government says the Chief Minister himself has kept a direct engagement with the people of Delhi - be it explaining Home Isolation, how oximeters work, why plasma should be donated, how hospital beds are being increased. This engagement has meant that the people of Delhi have always been informed by a trusted voice about where the city stands in its ability to confront the Coronavirus. This engagement has also been important because controlling a pandemic requires a change in people’s behaviour and change in behaviour comes from being informed of facts in a credible manner however difficult they may be