Prashant Kishor's outburst, though not first against the Act, comes a day after he reportedly submitted his resignation to Nitish Kumar, who turned it down. 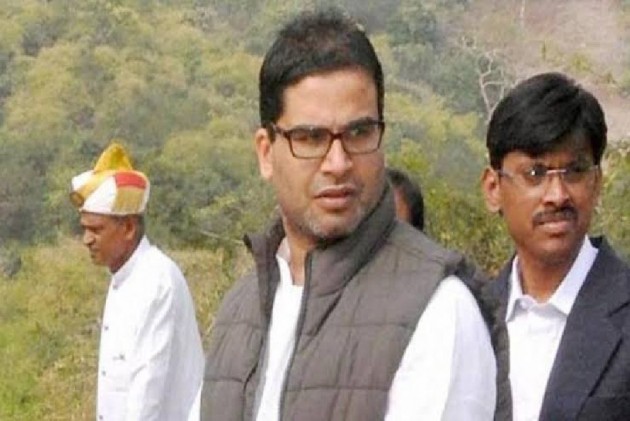 Janata Dal-United (JDU) Vice-President Prashant Kishor on Sunday launched into a tirade against the amended Citizenship law, calling it akin to "demonetization of citizenship".

His outburst, though not first against the Act, comes a day after he reportedly submitted his resignation to Nitish Kumar, who turned it down.

Kishor has been at variance with his party's views on the Citizenship law that paves the way for non-Muslim illegal migrants from Pakistan, Afghanistan and Bangladesh to become Indian citizens.

"The idea of nationwide NRC is equivalent to demonetization of citizenship.. invalid till you prove it otherwise. The biggest sufferers would be the poor and the marginalized we know from experience," tweeted Kishor, adding hashtag #NotGivingUP -- which he has been using ever since his outpourings against the JD(U)'s stand of supporting the Citizenship (Amendment Bill) in Parliament came under attack from leaders of the party.

Sources close to the chief minister said that after his party opposed citizenship bill when it was first tabled in Parliament in January 2019, Kumar changed his stance as the BJP -- JD(U)'s alliance partner -- put forward the argument that the legislation was aimed at granting citizenship to more people and not otherwise.

However, the eruption of violence against the Citizenship Amendment Act in the adjoining West Bengal, besides the northeast -- where the JD(U) has made inroads in a few states -- is said to have left Kumar iffy.

Sources claimed that he might stick to his original stand of opposing the NRC.

Kishor had dropped ample hints to the effect when he said on Saturday that the amended Citizenship Act "per se" was not problematic but with NRC it became a "lethal combo" that
would be "discriminatory".

Kumar -- who has over the years weaned over a section of Muslims of Bihar from Lalu Prasad's RJD -- has been apparently uneasy over the belligerence of some BJP leaders
who have asserted that the state's Seemanchal region - sharing borders with Nepal and Bangladesh - was teeming with "illegal immigrants" who would be driven out once the NRC was in place?

However, the latest salvo by Kishor, who first shot to fame after he handled Narendra Modi's successful poll campaign in 2014, is likely to rankle the BJP, which has been baffled
by his defiant opposition to the stand taken by the JD(U) and Kumar's reluctance to crack the whip on the former poll strategist whom he had inducted into the party in September last year and elevated to a top post in a few weeks.