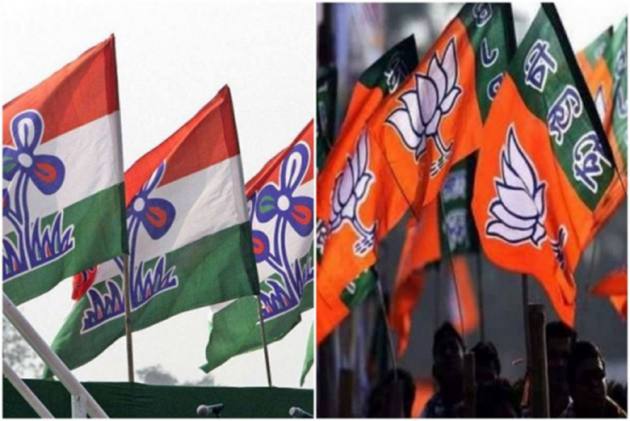 Hansda, minister of state for North Bengal development, joined the BJP in presence of its state president Dilip Ghosh. He is a two-time MLA from the Tapan seat in Dakshin Dinajpur district.

Dutta, the MLA from Tehatta in Nadia, is a veteran politician. He also switched over to the BJP as defections continued to rock the ruling Trinamool Congress weeks ahead of the high-stakes election.

Besides, Bengali actor Bonny Sengupta also joined the BJP. His close friend and actor Koushani Mukherjee recently joined the TMC and is a candidate from the Krishnanagar Uttar seat.

Councillors of various municipalities and district-level leaders of TMC also switched sides with Dilip Ghosh handing them the party flag.

Earlier this week, five TMC legislators, including four-time Satgachia MLA Sonali Guha and 89-year-old Singur MLA Rabindranath Bhattacharya, had switched over to the BJP after they were dropped by the ruling party from its candidate list.

A total of 26 TMC legislators and two MPs have switched over to the BJP since the 2019 Lok Sabha elections.

However, except for the former state ministers Suvendu Adhikari and Rajib Banerjee, and Rajya Sabha MP Dinesh Trivedi none of them gave up their memberships of Assembly or Parliament.