The leader of the New Democratic Party said that he stood by the people of Kashmir in solidarity. 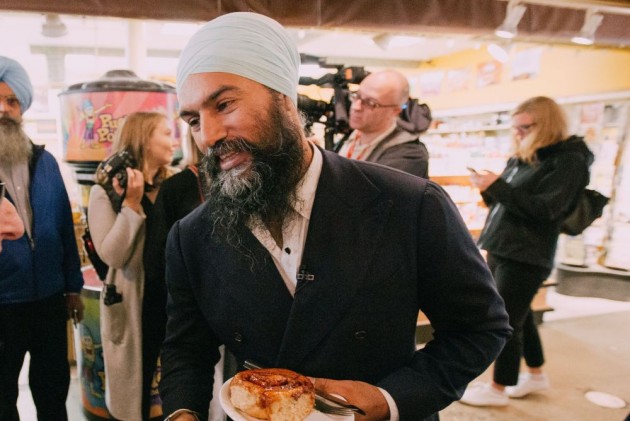 Canadian MP Jagmeet Singh has come down heavily on the Indian government over the abrogation of Article 370, which accorded special status to the erstwhile state of Jammu and Kashmir.

Addressing a small gathering in the run-up to the elections in the Canada, Singh "denounced what India was doing to the people of Kashmir."

Speaking of communication blockade, Singh said: "They shut down cellphones, they shut down telephone services, they block the media."

"Anywhere in the world, if the cellphones are being blocked, telephones are being shut down and if the media is not allowed to go there, I can assure you there are human rights violations happening," Singh said, to a "yes" chant from the small crowd.

The leader of the New Democratic Party said that he stood by the people of Kashmir in solidarity. "If there is any injustice against anyone, it's an injustice against our principles. I stand with people against this injustice that's happening," he said.

Sikh #Canadian Democrat @theJagmeetSingh says he stands with the people of #Kashmir & is against the #HumanRightsViolations happening there. I second that & entire #Sikh community globally #StandWithKashmir @ImranKhanPTI @tonyashai @sherryontopp @hrw @UN @SikhProf pic.twitter.com/pR8TCoJRrQ

Singh is among a handful of international leaders and countries that have criticised India over its handling of Jammu and Kashmir.

The Malaysian prime minister, in his address to the UN General Assembly, on Friday said there may be reasons for India's action in Jammu and Kashmir "but it is still wrong."

He said despite UN resolutions, Jammu Kashmir has been "invaded and occupied."

He said, "ignoring the UN would lead to other forms of disregard for the United Nations and the rule of law."

"India should work with Pakistan to resolve this problem," he said.