This is the first time that visibility has dropped to 'zero' in the national capital this winter season. 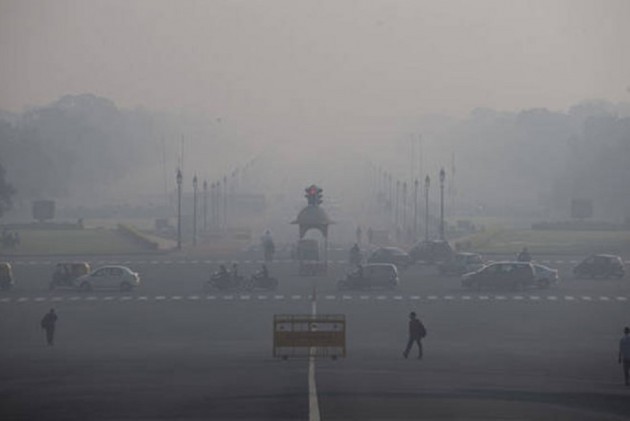 A thick blanket of fog shrouded the national capital on Monday morning, leading to "zero" visibility in some areas and affecting traffic movement. This is the first time that visibility has dropped to "zero" in the city this winter season.

Kuldeep Srivastava, the head of the regional forecasting centre of the India Meteorological Department (IMD), said the Palam weather station recorded “zero” visibility due to “very dense” fog at 6:30 am.

At the Safdarjung Observatory, which provides representative data for the city, “moderate” fog was recorded which lowered visibility to 300 metres, he said. The visibility should be around 800 metres at the airport for flights to take off, the senior scientist said.

Delhi Breathed More Polluted Air In November This Year Than 2019

Mahesh Palawat, an expert at Skymet Weather, a private forecasting agency, tweeted, “Today, first time Palam Airport Visibility has gone down to zero metres due to dense fog. At 06:30 hours, both runway 28 & 29 are 150 metres. Chances of flight delay.”

Srivastava said moisture-laden easterly winds and low wind speed led to “very dense” fog in parts of the city. Delhi is likely to witness “moderate” fog on Tuesday as well, he added.

Delhi's minimum temperature settled at 12 degrees Celsius. The mercury is likely to dip with the wind direction changing to westerly-northwesterly.

Delhi's air quality was recorded in the upper end of the “very poor” category on Monday, and is likely to improve with the wind speed picking up, according to IMD officials. The air quality had turned “severe” on Saturday with slow wind speed allowing the accumulation of "locally-generated" pollutants. The city's air quality index (AQI) was 394 at 9 am on Monday. The 24-hour average was 389 on Sunday and 404 on Saturday.

The IMD said the maximum wind speed will be around 15 kmph on Monday, favourable for dispersion of pollutants.