The depression is expected to intensify into a cyclonic storm, 'Yaas', by Monday, IMD added. 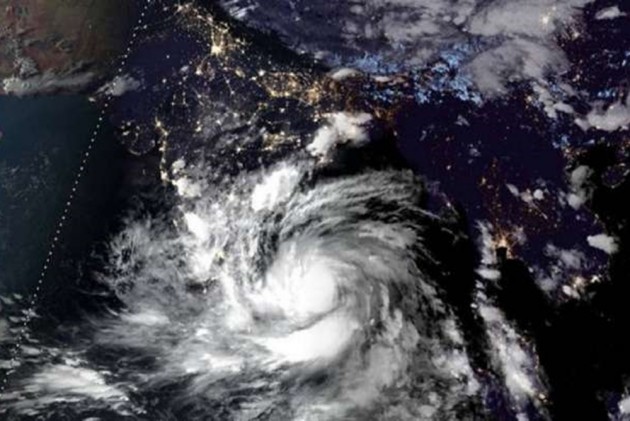 The Indian Meteorological Department (IMD) on Sunday said a low-pressure area in the Bay of Bengal has intensified into a depression that will cross the West Bengal and Odisha coasts on May 26 as a "very severe cyclonic storm".

The depression is expected to intensify into a cyclonic storm, "Yaas", by Monday, it added.

The Cyclone Warning Division of IMD said "It (the depression) is very likely to move north-northwestwards and intensify into a cyclonic storm by 24th May morning and further into a very severe cyclonic storm during the subsequent 24 hours. It would continue to move north-northwestwards, intensify further and reach Northwest Bay of Bengal near West Bengal and north Odisha coasts by 26th May morning.”

"It is very likely to cross north Odisha-West Bengal between the Paradip and Sagar islands by evening of 26th May as a very severe cyclonic storm," it added.

The state governments as well as the Centre are preparing for the cyclone that will bring winds with a speed ranging 155-165 kmph and gusting to 185 kmph.

Prime Minister Narendra Modi on Sunday called for a timely evacuation of those involved in offshore activities as he chaired a high-level meeting to review the preparedness of the state and central agencies to deal with the situation arising out of Cyclone Yaas.

He asked officials to work in close coordination with the states to ensure safe evacuation of people from the high-risk areas and stressed the need to ensure that the time duration of outages of the power supply and communication network is minimum and these links are restored swiftly, a statement issued by the Prime Minister's Office (PMO) said.

Modi also asked the officials to ensure proper coordination and planning with the states to ensure that no disruption is caused to the treatment of COVID-19 patients in hospitals and vaccination against the viral disease.

He called for involving various stakeholders such as the coastal communities and industries by directly reaching out to them, the PMO said.