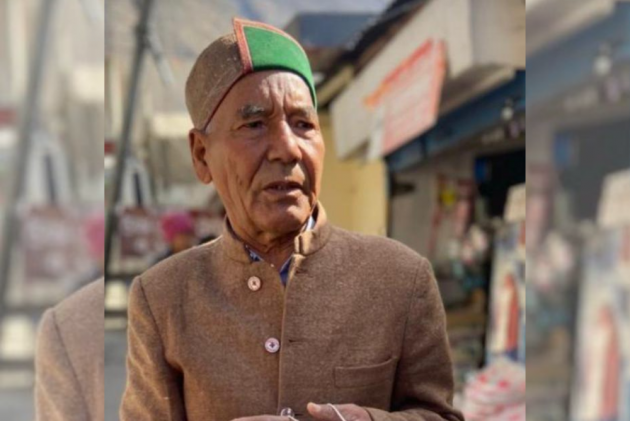 Negi, who died a week back following a brain stroke, planted 30,000 trees, turning nearly 70 hectares of parched soil into a breathtaking green patch.

Thang Karma, a remote high-altitude village, barely known for even a blade of grass till a few years back, today looks like a landscape reversing the desertification process, the credit for which goes to a single man.

“This was possible due to the dedication and resolve of my uncle, who took-up the challenge to do something that the government couldn’t, despite them having spent crores of central funds under desert development programme for this cause,” says Negi’s nephew, Virender Sappa.

Negi lived in a simple hut near Thang Karma. All that he earned by raising “chikoo” (Chinese sheep) was invested in his afforestation work. "He was an environmentalist, conservationist and desert healer,” says Sappa.

And Negi’s relentless efforts have paid off. Now, apart from Thang Karma, which has become a remarkable green patch of land, Chango village in Pooh has also been positively impacted.

There, nautor lands-- government land allotted to the tribals have turned into orchards, growing different varieties of apples and cash crops like green peas, potatoes and kidney beans. The farmers have managed to grow dry fruits and apricots as well, leading to an economic revolution of sorts in the region.

Former state chief secretary V C Pharka, who hails from Pooh recalls that Negi was a government employee posted in the area, who was overseeing the accounts of the Central funded Desert Development Programme (DDP).

Negi noticed that despite pumping in funds into the programme, no results were visible.

“Negi then, quit his job and opted for early retirement in 1998. He then selected a rough patch of desert and started work. He first raised a nursery of the plants. He then started building Got Khul (water channel) by channelling the flow of water from the glaciers and planted trees. It took him almost 20 years to transform the piece of land there,” Pharka says.

Last year, while speaking to a magazine about his work, Negi said, “Being a son of the soil, I was quite pained to see how government funds were being wasted or siphoned off resulting in zero output. So, I decided to volunteer and create change.”

Initially, the survival rate of crops in the area was just five to 10 percent but the technique which Negi used involving close plantation (minimising distance between two plants) with better care, the survival rate improved. By 2020, it had become 99 percent.

Meanwhile, Hishey Negi, a prominent youth leader and environmental activist, who has been to Thang Karma and Chango villages recently, terms Negi’s efforts as historic and unparalleled.

“We have decided to immortalise the work of AD Negi and educate youngsters about it. A library in his memory is also being set-up at Pooh,” says Hishey Negi.

However, despite these attempts, it’s going to be a task to save and continue with the late Negi’s green legacy, admits his nephew.