'Lalu Prasad Yadav may go on dreaming that our coalition will fall apart,' Amit Shah said in Bihar. 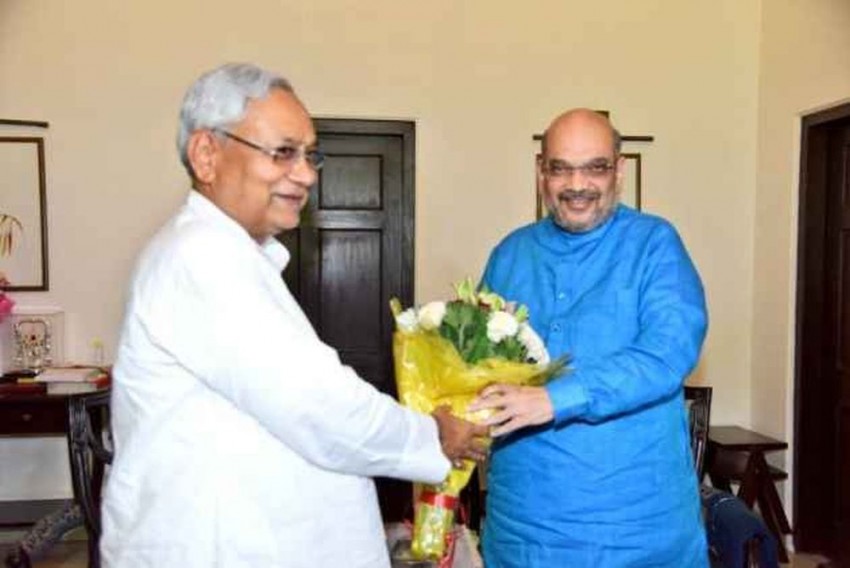 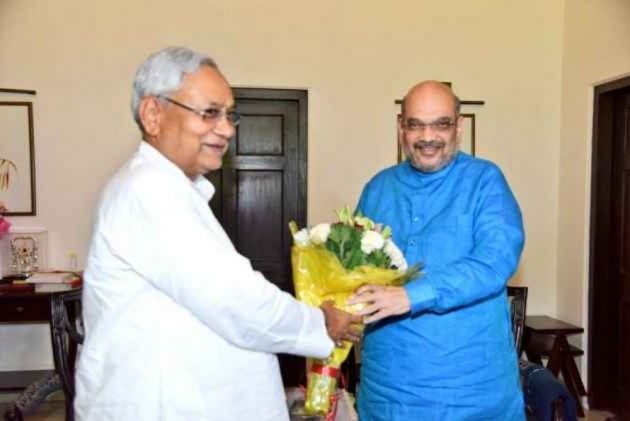 In a bid to dispel the rumours of fissures in the National Democratic Alliance (NDA), BJP president Amit Shah on Thursday said that assembly polls in Bihar will be contested under the leadership of JD(U) supremo and Chief Minister Nitish Kumar.

The announcement assumes signifiance because Kumar has on several occassions opposed the proposed pan-India National Register of Citizens (NRC), even though his party backed the BJP in parliament over Citizenship Amendment Act.

"I want to dispel all rumours about our coalition. The elections will be contested under Nitish Kumar's leadership," Shah asserted.

"Lalu Prasad (RJD supremo), who is in jail in corruption cases, may go on dreaming that our coalition will fall apart. He should know that the NDA has led Bihar out of his lantern age (an allusion to RJDs poll symbol) to the LED era," he added.

In December last year, when Kumar was asked about his government's stand on the NRC, he had said, "What NRC? It will not be implemented in Bihar."

"I appeal you to maintain harmony, fraternity and have respect for one another. I guarantee that no wrong will be done to the minorities," he had also said.

Shah said the country and the state shall progress under the leadership of PM Modi and Kumar.

Shah had earlier stated in a couple of TV interviews that Nitish Kumar would lead the NDA charge in the assembly polls this year.

This was, however, the first occasion for him to make a pronouncement to the effect on the soil of Bihar.

Shah also made an impassioned plea for the support of people of Bihar to measures taken by Narendra Modi government like the Citizenship (Amendment) Act.

Also Read: After Jharkhand Debacle And NPR, Is There More Trouble Waiting For BJP In Bihar?