The name of the 81-year-old National Conference leader, in detention at his Srinagar home for over 100 days, tops the list of members of the panel headed by Defence Minister Rajnath Singh. 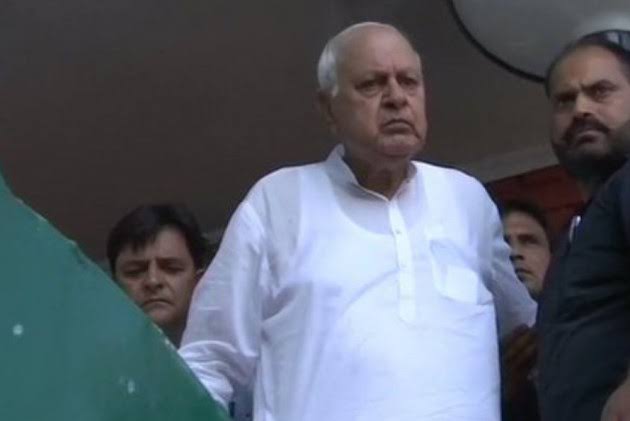 Detained under the stringent Public Safety Act (PSA) after being accused of having "tremendous potential to create public disorder", former Jammu and Kashmir chief minister Farooq Abdullah has been included in a 21-member consultative committee on defence.

The name of the 81-year-old National Conference leader, in detention at his Srinagar home for over 100 days, tops the list of members of the panel headed by Defence Minister Rajnath Singh.

The committee's other members include former defence minister and NCP chief Sharad Pawar, according to a notification issued by Parliamentary Affairs Ministry. Also in the list is controversial BJP MP Pragya Thakur, whose inclusion has been slammed by the Congress party.

Abdullah was detained on August 5, hours before the Union government scrapped the special status of Jammu and Kashmir and bifurcated the state into two union territories.

His son and former chief minister Omar Abdullah and another ex-chief minister Mehbooba Mufti were also detained along with more than 5,000 others across the state.

Abdullah was slapped with the stringent PSA on September 17 on the eve of a Supreme Court hearing on a habeas corpus pertaining to his detention filed by MDMK leader Vaiko.

The National Conference chief and three-term chief minister has been booked under the 'public order' provision of the PSA under which a person can be kept in jail from three-six months without a trial.

Abdullah, the PSA order stated, "has tremendous potential for creating an environment of public disorder within the district (Srinagar) and other parts of the Valley".

It also accuses him of being a person seen as fanning the emotions of general masses against the country.