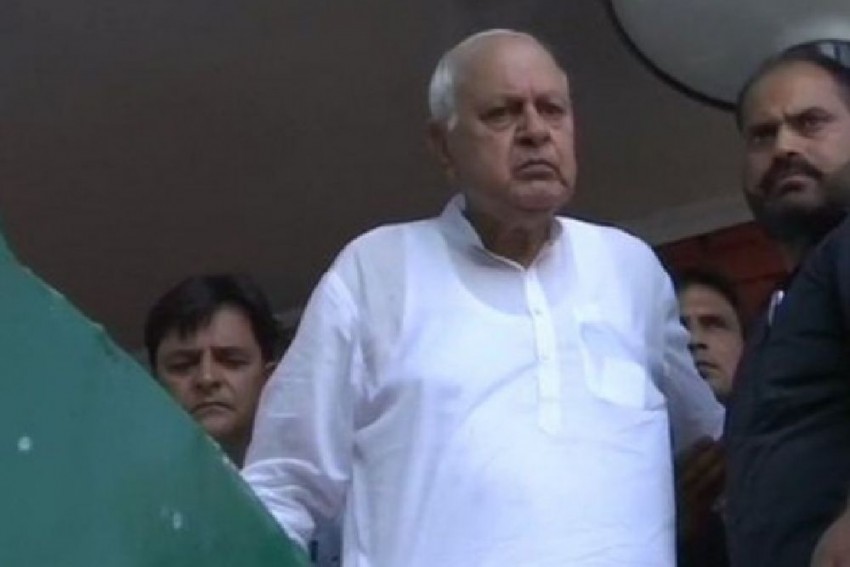 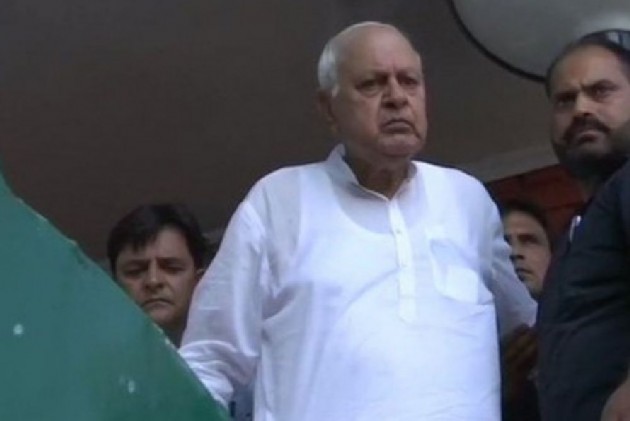 Attacking the government over the detention of sitting Lok Sabha MP Farooq Abdullah, opposition members on Monday termed the National Conference leader's detention as illegal and demanded that he be allowed to attend the House.

Opposition leaders also raised the issue of MPs not being allowed to visit Jammu and Kashmir after the abrogation of its special status, whereas parliamentarians from Europe have been taken to the state, with Congress leader Adhir Ranjan Chowdhury describing the EU delegation as "bhade ke tattu" (hirelings).

"Our leader Rahul Gandhi was not allowed to visit (Jammu and Kashmir), several MPs were sent back...whereas bhade ke tatu from Europe were being taken there. Isn't it an insult to all MPs. I want to ask MPs of ruling alliance don't they think it was their insult," Chowdhury said.

On the detention of Abdullah, he said the NC supremo has been under detention for 106 days and it is his constitutional right to attend the House.

Raising the issue during Zero Hour, Chowdhary said it was an "atrocity" not to allow the former Jammu and Kashmir chief minister to attend Lok Sabha proceedings.

The Speaker said when Home Minister Amit Shah informed the House in the previous session that Abdullah was not under detention, he was correct. The written information of his detention was received later by the Lok Sabha secretariat.

He said now he has written information that Abdullah is under detention.

DMK leader TR Baalu sought Birla's intervention in the matter, saying the speaker is the custodian of the House and should ensure that members are allowed to attend the House.

"What has happened with Farooq is illegal...You are the custodian of the House...You have to make an intervention," Baalu said.

The DMK leader also said that same is the case with PDP leader and former Jammu and Kashmir chief minister Mehbooba Mufti and noted that her daughter has said that the PDP leader has been manhandled.

Making a passionate appeal that Abdullah be allowed to attend the House, National Conference MP Hasnain Masoodi said the former chief minister was under preventive custody not under judicial custody and it can be revoked by the Speaker's order.

"Farooq Sahab represents Srinagar and it is right of the 20 lakh people of Srinagar that their voice is heard in the House...I have proof that he is not in judicial custody, he is in preventive custody. Your one order can revoke it," Masoodi said while addressing the Chair.

Similar sentiments on Abdullah's arrest were made by TMC leaders as well.

Earlier, within minutes of commencement of the Question Hour, around 30 members from the Congress trooped into the Well, shouting slogans and demanding that the government stop attacking the Opposition as well as foisting false cases.

The members along with those from the National Conference also raised the issue of detention of Farooq Abdullah.

The issue was also raised by RSP leader N K Premachandran when he was given a chance to ask a supplementary question related to the Finance Ministry.

"Farooq Abdullah is not in the House. The House is not in order. I am not in a position to ask any question," he said.