Yamuna Pollution Row: Detergents Cause Froth, Govt Must Have Will To Act, Says Conservation Activist

As the Yamuna river fills with froth yet again, Manoj Misra, convener of the ‘Yamuna Jiye Abhiyaan’, speaks to Outlook about the road map for a clean river and the politicisation of conservation projects. 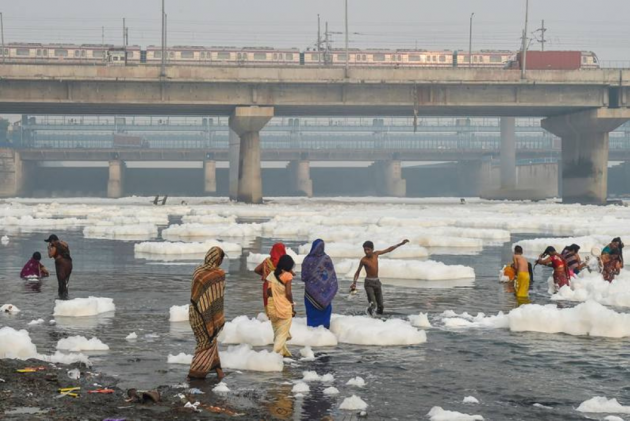 With the onset of winter, rising pollution levels and frothing in the Yamuna river has been a serious concern for civil society. Amid the ongoing Chhath celebrations when several devotees showed up to the river to participate in festive rituals, photographs of many bathing and frolicking in toxic froth near the ghats of in the Kalindi Kunj area have gone viral, bringing the spotlight once again on the heightened levels of pollution in the river.

Manoj Misra, convener of the ‘Yamuna Jiye Abhiyaan’, an advocacy group working for Yamuna’s rejuvenation, however, thinks that the interest in Yamuna-clean up is just seasonal. The expert conservationist spoke to Outlook on the road map for a clean river and the politicisation of river clean-up projects.

Every year, the frothing in Yamuna river brings back the topic of restoring the health of the river. What is really ailing the Yamuna?

The major reasons, in my opinion, are the industrial pollutants, untreated sewage containing phosphate and the less flow of water in the river. If we can set these three things right, Yamuna can come back. Right now, there is no river downstream of Wazirabad. It is just a sewage canal. How can we clean a sewage canal? There is no river because it’s not flowing or not allowed to flow. The biggest problem is the flow.

What causes the frothing?

There is a lot of hue and cry over the frothing right now. The frothing is largely caused by detergent and sewage discharge from households. Industrial effluent only makes matters worse. The detergents contain a very high amount of phosphate, whereas in the US and elsewhere, the detergents have now been made phosphate-free. If the Western world can make detergent phosphate-free, why can't we? The Delhi government says that they have taken steps to ensure that detergents and soaps meet the Bureau of Indian Standards (BIS) norms. Now, who is checking that? There is no mention of the amount of phosphate on the wrappers of detergents or soaps. So, the government should have the will to take action and put things in place. 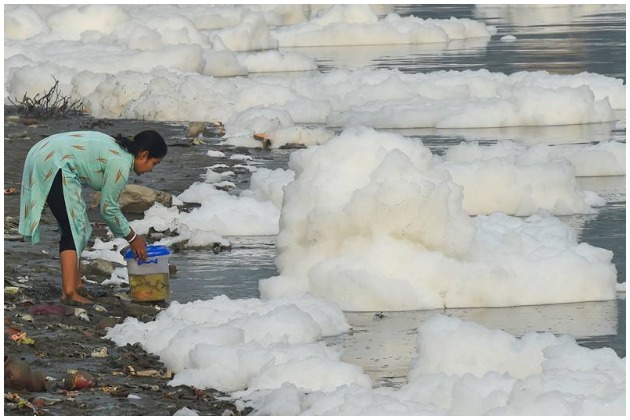 What is the need of the hour?

The governments need to take action on three things immediately—zero liquid discharge of all industries, zero phosphate in detergents and flow of water. They must tell the public that they are responsible for the frothing. The detergent is getting mixed in the sewage and is reaching the river. The sewage treatment plants are not equipped to treat the chemicals. It is only for organic material. It takes years and crores of money to set up one sewage treatment plan. The simpler solution is to ensure that chemicals do not emerge out of our households.

Acting upon a case filed by you, the National Green Tribunal (NGT) has set up a monitoring committee in 2018. What’s the status of committee recommendations?

The judgment was in 2015 and the Yamuna monitoring committee was established in 2018. In their 20-point action plan, one of the major plans was the restoration of flow in the river and they have asked the National Institute of hydrology (NIH) in Roorkee to submit a report on the water flow. Early 2021, the NGT dismantled the committee, saying that the onus is now on the government to follow the directions given by them. Now, it is for the Central government to take a cue from the report and take further action. But there is no movement. No one even remembers the report anymore. Yamuna is discussed by governments only when it becomes a political issue. Otherwise, who is bothered about Yamuna?

The committee noted that the 22-km stretch of the Yamuna between Wazirabad and Okhla accounts for 76 per cent of the total pollution in the river. What was the roadmap recommended by it?

The committee said that all the industries in the catchment area of Yamuna must become zero liquid discharge and the phosphate figures in our detergent should be reduced as much as possible. It is just a matter of having the political will. At the moment, none of the industrial effluent treatment plants are working to their efficiency.

The river itself has given us a solution in April 2020 thanks to the lockdown. Yamuna’s health improved during the period. Zero industrial effluents and good rainfall in the catchment area upstream in March and April were found to be reasons for it. This shows that if the central government and state governments of Delhi, Haryana and Uttar Pradesh work together, we can revive the river.

Do you think there's a blame game going on as the Delhi government accuses Haryana and UP of releasing untreated effluents in the Yamuna?

That’s the usual political game. Political parties need to appease the vote bank. Every year, we discuss the issue during this time of the year and then its ‘business as usual’. 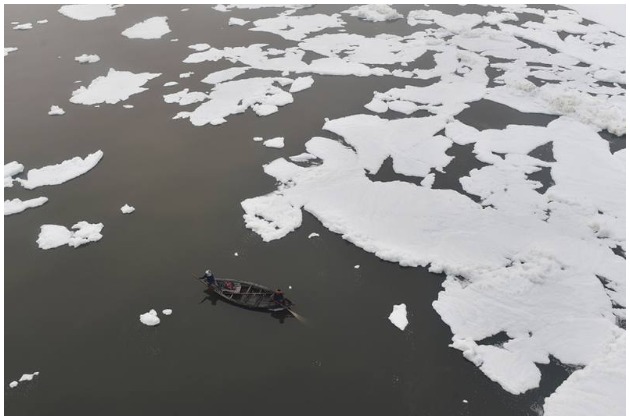 Yamuna action plans are nothing but sewage treatment plans. Sewage treatment is an urban issue. It has nothing to do with the river. The government has been spending money in the name of river rejuvenation, which is all bunkum. This is an urbanization challenge. River or no river, sewage disposal is the responsibility of the administration.

It doesn’t address the woes of Yamuna at all. The Delhi government in 2014 said that in five years, they will clean the river. Where are we now? These are all political statements for optics. We don't go by these claims.

Though there are 44 Sewage Treatment Plants (STP)in the city, the sewage issue is still choking the capital. Why do you think this is the case?

If all the 44 sewage treatment plants in the city were functioning as they should have, this issue would not have cropped up. The plants are not working to the requisite efficiency. The Delhi Jal Board (DJB) officials are interested only in upgrading and constructing more STPs because the money lies there. They are not interested in the maintenance of STPs. Another project, the Interceptor Sewer Project (ISP), was also launched to trap pollutants on major drains, such as at Najafgarh and Shahdara. It was conceived in 2009 and a target was set for 2011 or 2012. The project is yet to take off. If it was functional, it could have solved half of the sewage problem in the capital.